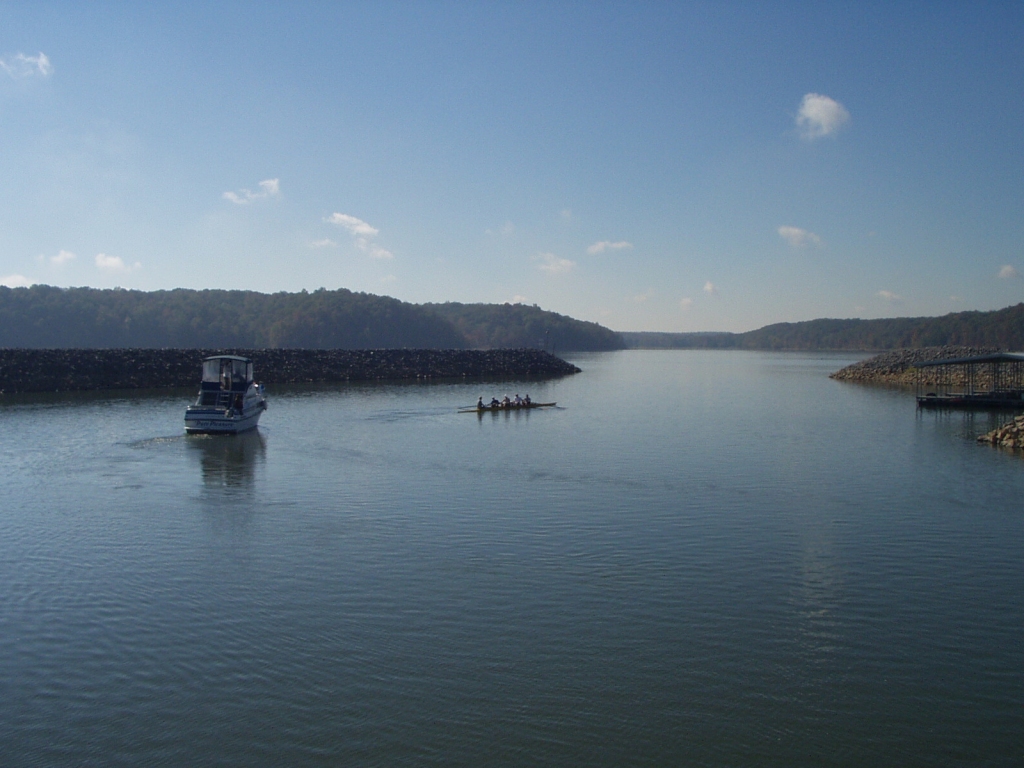 Breakfast at Cindy's Restaurant on the Barge, then a tour of Estes' new 60 foot Nautilus sedan cruiser. As a result our flotila was about 1 hour late leaving. It was a beautiful cloudless day, 70 degrees. Accompanied by 5 other boats we set "sail" for Pebble Isle marina a distance of 55 miles south. As soon as we arrived in the channel we were passed by "Tin Man" a 65' Sea Ray sedan cruiser which is also doing the loop and was on my list of boats to watch out for. A little later a 42 foot Grand Banks passed us, Meander. They were returning from a trip up the Ohio to Cincinnati and were headed for Vero Beach. We all stopped and rafted together for lunch just below Paris Landing. This took another hour. The result was our other boats became nervous that we would arrive after dark, so they pushed the throttles forward and left us to arrive after sundown. That night there was a great farewell party with a cake that had a photo of the Katy Leigh on it in sugar. Unlike other parties everyone was worn out and settled down around ten.