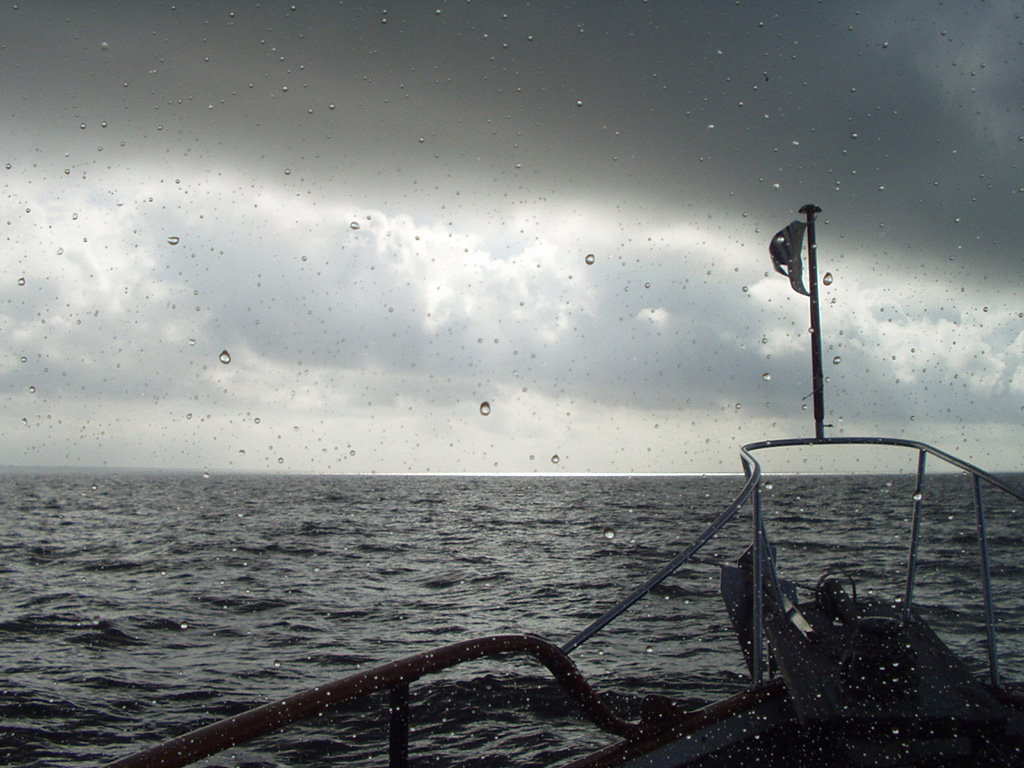 We got up at 5:30AM to find heavy rain and a rather nasty forecast. However, by 7:00AM it was clearing and not to windy so I decided that we would head out and if we found it too rough we could come back in. The waves were only 2 feet and the winds less than 10 mph so we kept going and got to the GIWW (Gulf Intracoastal Water Way) by 10AM. A couple of other boats set out from the Grand Hotel Marina and although we never saw them (except on the VHF radio) we knew we had company. The water is now clear so shoals are quite visible. We saw our first dolphins but none accompanied us. There are 1000's of small white gulls that create a big fuss around something in the water and then fly away. The harbor entrance to Pensacola is open to the ocean and big swells come in. For much of the way today we are sheltered from the ocean by sand bars. We decided to stay at Sabine Marina on Pensacola Beach. We could not raise them by phone or VHF so we just tied up to first dock we came to and went looking for the office. Turns out it's Beach Marina. There is a restaurant and market that look very nice. Tomorrow we will go to Baytowne Marina at Sandestin Resort. It's only 52 miles so it will be an easy day.