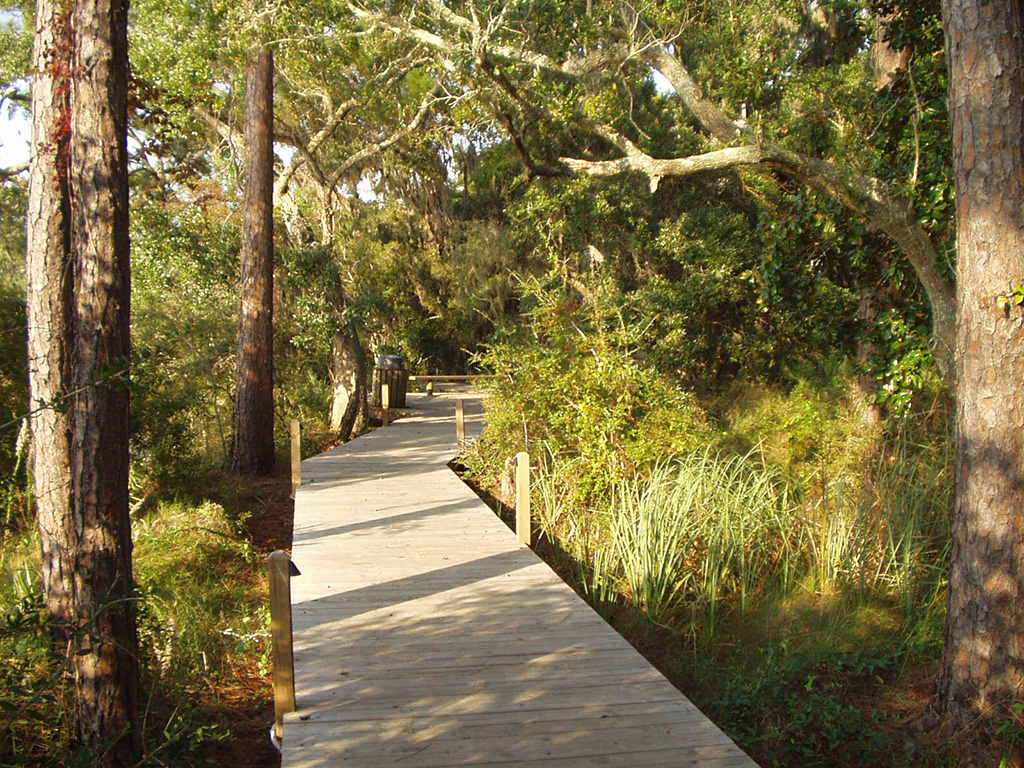 We left at 8:30AM with low fog but good visibility. We followed "No Clew", another trawler all the way to Panama City. Dolphin sightings were frequent but brief and we were unable to get any photos. There is a long canal between Choctawhatchee Bay and St Andrew's Bay. It is cut through sand which has eroded to look like the Bad Lands. We had to pass two tows "on the one" in the canal. The tow boat operators are all very helpful on the gulf coast. Our Panama City friends had recommended Treasure Island Marina. It seems to cater mostly to charter boats and smaller boats. We were put in an empty charter boat slip beside "The Glass Bottom Boat". The Glass Bottom was being worked on for a coast guard inspection. Our friends picked us up and we toured the miracle mile along the beach where a 37 foot wide beach front lot now sells for $1,000,000. The zoning rules have been changed to allow 20 story condominiums so all the old motels are being replaced with these monsters. The developers buy the lots and then sell reservations. One 100 unit planned building sold out in 4 hours. Speculators then sell the reservations. We had dinner at their home and were back aboard Katy Leigh at 8:30PM.