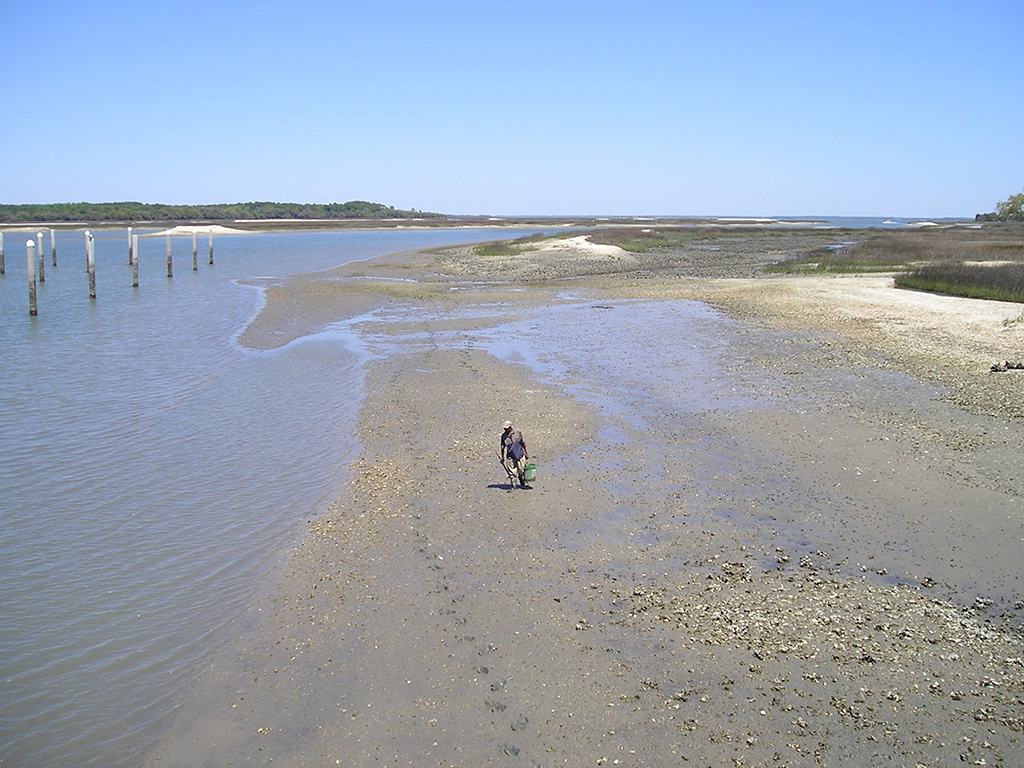 The wind reduced somewhat in the morning but the cold cloudy weather continued until the afternoon. We rented a golf cart (no cars allowed on Defauske) and toured the island with the main attractions being the golf course, hotel and a model (for sale) cottage. At 3:30 we left for Hilton Head with Jenny. Alan took the ferry to get his car. We wanted to stay at the Harbour Town Marina but since the Heritage Golf Classic was on there they wanted $400 per night for a slip so we had to settle for the Skull Creek Marina. It was well named as another disaster took place here. This marina was also not sheltered and in the river with strong currents. We docked on the outside without a problem. Alan drove us around the beautiful developments on Hilton Head called plantations. Returning to the boat we decided we would be more comfortable on an inner slip. It was not a good decision. The wind and current conspired and we found ourselves crosswise with Mavis mashing two fingers between our boat and the bow rail of another. We gave up and went back to the outside dock. Then we took Mavis to the local hospital to get her hand stitched up. It was 1100 before we got back to the boat and had a sandwich for dinner. The wind had died down so we all got a good sleep.