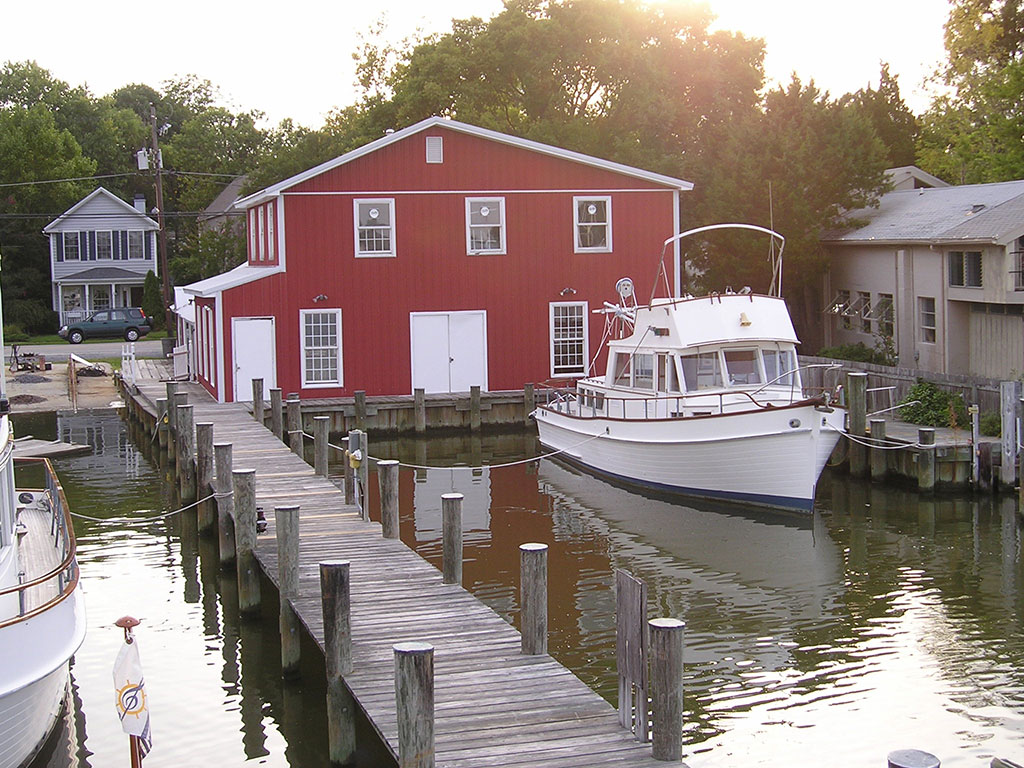 An nice day in Oxford at the Oxford Yacht Agency (see photo) to wait around and while the windlass was being fixed. There was a 1990 36' Grand Banks beside us that had just been purchased by a single 50ish woman, Sally. She hired a captain to teach her how to run the boat and take it to Southport, NC. She is going to sell her house in Wilmington, live on the boat and build a cottage in Southport. She left about noon for Solomon's. The mechanics from Dickerson arrived at 3:30 and reinstalled the windlass for the 3rd time with its electric motor rebuilt. It worked!! John's main concern was to determine why the motor burned out. There is an electronic circuit breaker hidden in the rope locker that is supposed to prevent such incidents. We walked around the town and at the general store learned that the police incident yesterday was a fight at Schooner's Bar. A cellphone message from our son Andrew said he would meet us in Annapolis tomorrow. Nothing major. We had dinner aboard watched at DVD and were in our bunks early.