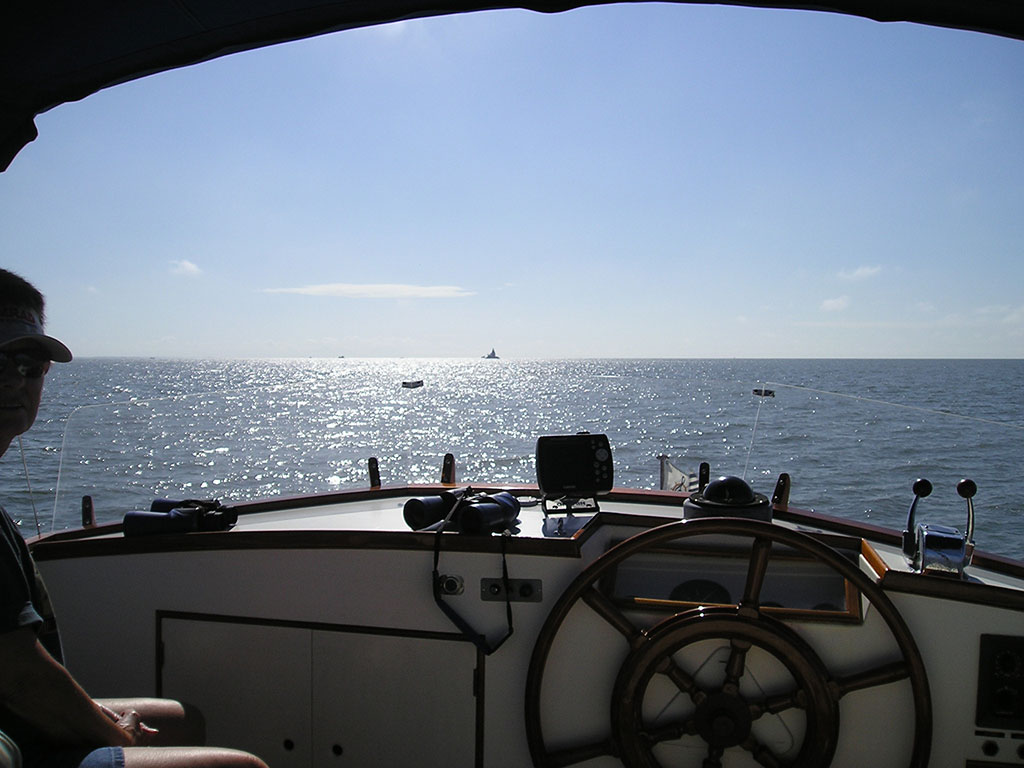 The weather god was good to us today. We had one of our longest days cruising 74 miles mostly in the wide open water of Delaware Bay with its exposure to the Atlantic. Potentially, this was the most dangerous water since the Gulf crossing last fall. We set out early in heavy overcast at 6:30AM and reached the Delaware River at about 8:00AM in fog. About 10 miles later the fog lifted and when we reached Delaware Bay the clouds went away and it was a beautiful day. Even better the tide was running out of the bay and boosted our speed from 9 mph to 11.5 mph at times. The winds were very light and the waves one foot or less. As a result we were a full hour earlier getting to Cape May. At one point we thought we saw a battleship coming toward us. However, it turned out to be the Ship John Shoal lighthouse. 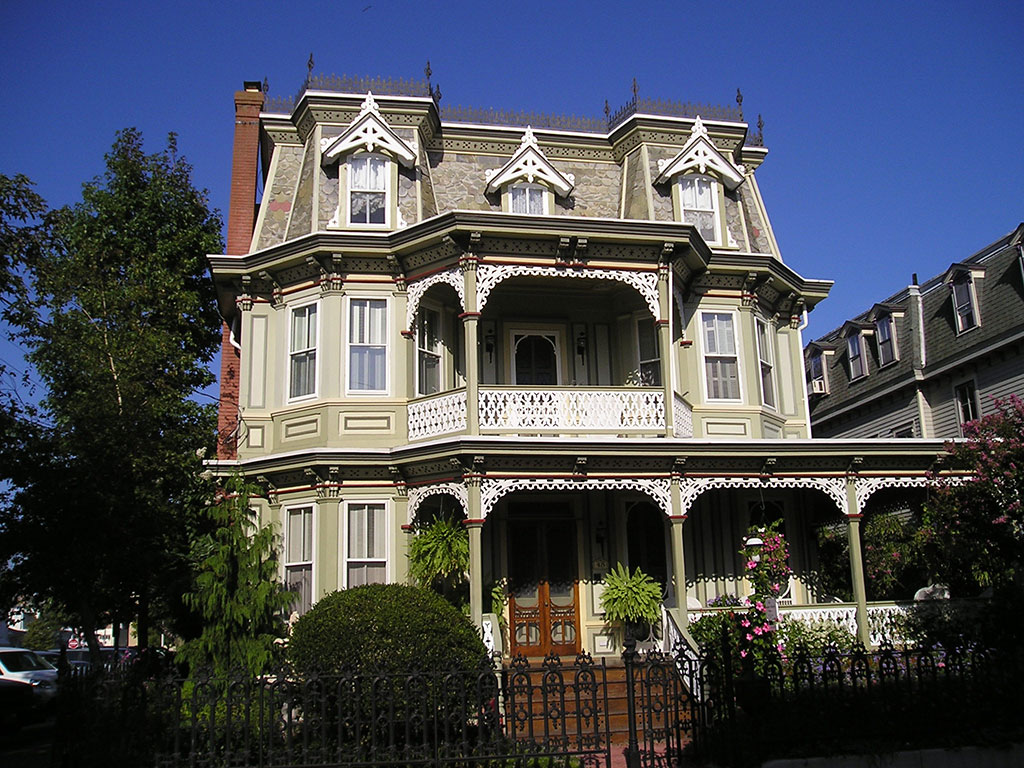 We docked at Utsch's Marina.  We walked 1.75 miles to the Victorian B&B area of town and the beach. Cape May is the oldest beach vacation spot in America. It also has the only beach we have ever seen where you have to buy a $4.00 "Beach Tag" to walk on the public beach. You can be fined $500 or get 90 days in jail (or both) for not having a beach tag. We took a taxi back to the Lobster House restaurant which is beside the marina. It is on a par with Captain Anderson's in Panama City, i.e. very good.  Tomorrow we will wait out the rain here from Francis. Lat 38.95 Long 74.91