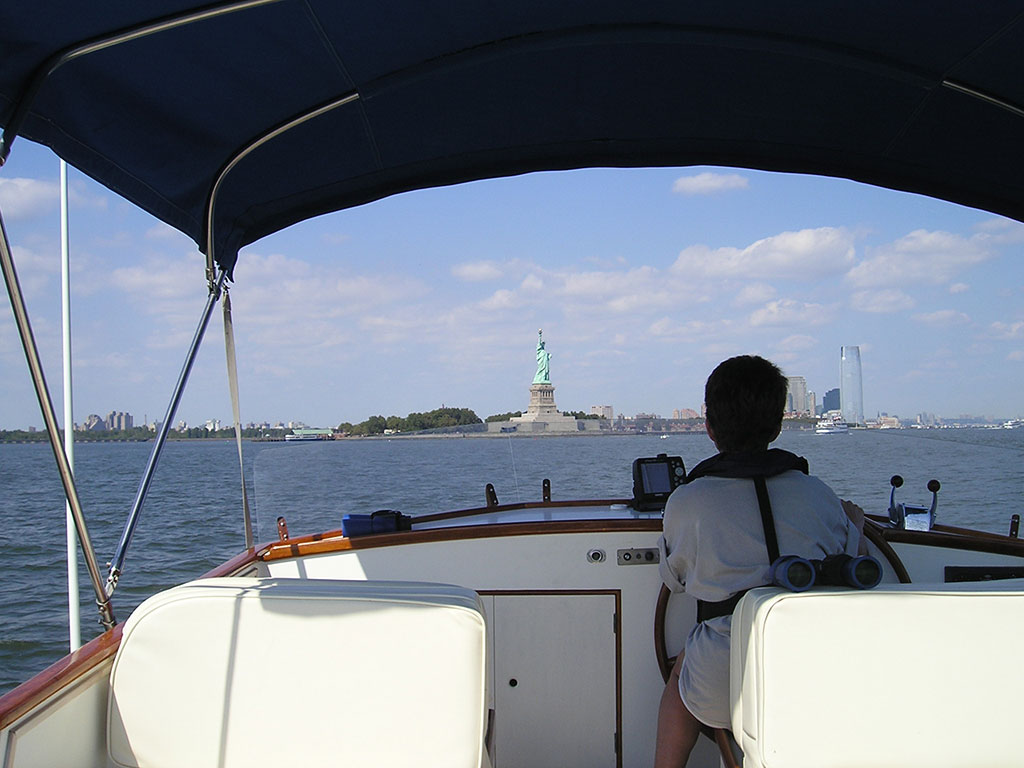 Newport is the rockiest marina we have been in yet. There is a ferry boat terminal nearby and the ferries kick up a huge wake every time they leave the dock. The water in the marina inlet then rocks like water in a bathtub. The ferries start up at 5:30AM and go to about 8:00PM so it is hard to get a good sleep. We went downtown on the PATH (Port AuTHority subway) which goes to the Penn Station with only a few stops. The Republican Convention was held here and they were tearing down an elaborate roadway that had been built. Lunch was in Bryant Park. People just set up office in the park using their laptops and cell phones. (see photos) 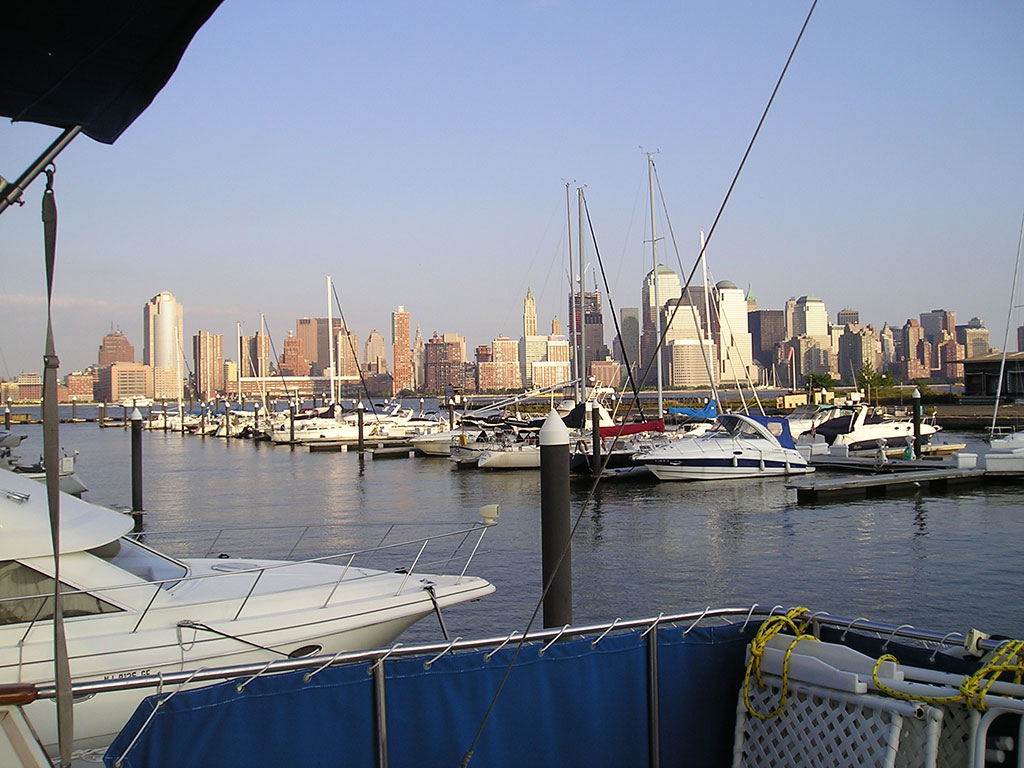 The pigeons are ignored. Getting back was complicated by our not remembering exactly where the station was and when we found it our return ticket wouldn't work in the turnstile. The advice from security people was not very good on how to find the PATH station. There are no attendants in the stations anymore. You have to phone for instructions and the operators can't remember their left from their right. In the end we went through the handicap gate. Fortunately we didn't get caught as there are big penalties. Cousin Hugh came to the dock and rocked with us for a couple of hours. He has a shop, Saigoniste, that sells Vietnamese lacquer items, but also is very successful working as an independent advertising consultant. Dinner was at a French steak restaurant on the street in Soho. The whole front of the restaurant opens up and a long table stretches across the opening. We sat on the inside watching the street and Hugh sat facing us on the sidewalk. Hugh knows a lot of people in the area as various friends passed by. One worked recently as a personal exercise trainer for Nicole Kidman while she was making a movie in New York.