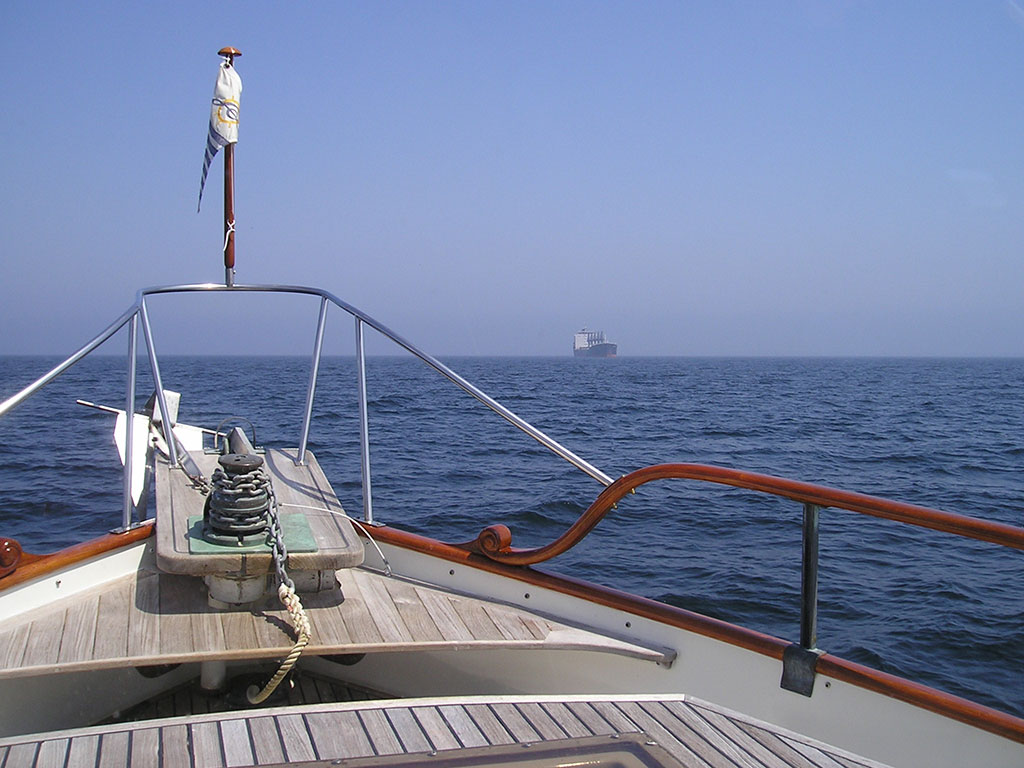 At 6:45AM just when I needed the new bow thruster to get out of our slip it failed. A loud squeal and then just the motor spinning with no thrust. We got out without hitting anything on a heading of 006 degrees true for Galloo Island 29 miles north. The waves were 1-2 feet high from the south west so it was pretty rolly for 3 hours. Rounding Galloo it was 14 miles to the St Lawrence River. Visibility was about 3 miles with a heavy haze on the water. The radar showed a big blob right in our track where there was not suppose to be any land. A little later with binoculars I could make out a huge building that looked like a grain elevator. Then it became clear it was a ship anchored at the end of the lake. We arrived at Clayton at 2:15PM and tied up to the town dock. This is very early in the season so we have most of the dock to ourselves. The power and water were still off so we used the generator. Dinner was at the Harbor Inn and Restaurant. We had fresh caught bull heads which Mavis had not eaten since her Grandmother used to cook them. The food was really good and the Harbor Inn is must see place in Clayton.