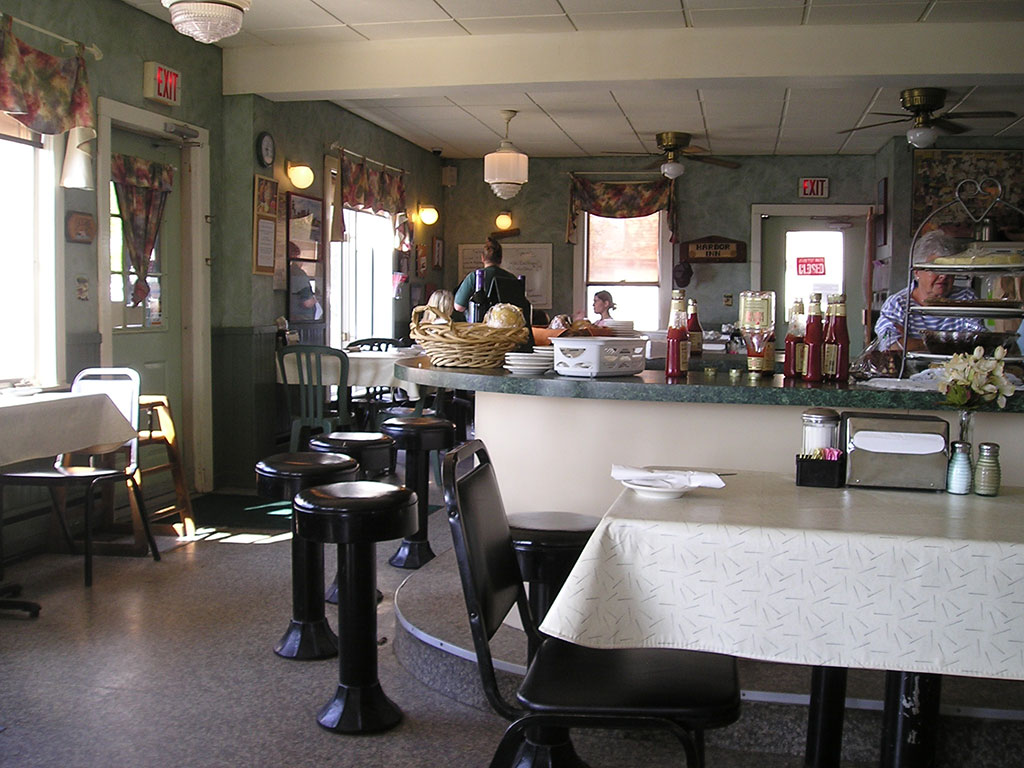 Over the air TV reception was pretty good here last night and we were able to watch the "Everybody Loves Raymond" finale. The Directv satellite tracking system doesn't show the networks since we are so far from Nashville. Breakfast was at the Harbor Inn (see photo) where they even have USA Today and WiFi. However, my laptop is all mixed up now between wireless and cell phone access. I have run the restore to a previous date and will start over again on installing the cell phone access. It's kind of academic here because Cingular does not offer the data service. Jim from Winter Harbor arrived at noon and soon diagnosed the bow thruster problem. It seems some set screws in the coupler had worked loose. Jim tightened them up with Loctite checked the rest of the unit and it tested OK. We had lunch together at the Harbor Inn. He told me about the big Chris Craft he rescued on Sunday afternoon that ran aground on rocks in 6" of water on Oneida Lake. Both struts and the transmissions were ripped off. As the people on the boat had been removed by the Coast Guard, Winter Harbor will get the salvage and the repair job from BoatUS. They had to use air bags to float the boat, high powered electric pumps to keep it from sinking and a portable generator. It was after dark when they towed it back to the marina. We will spend another night here in Clayton and then set out for Brockville tomorrow after a generator part I ordered is delivered to the Museum.