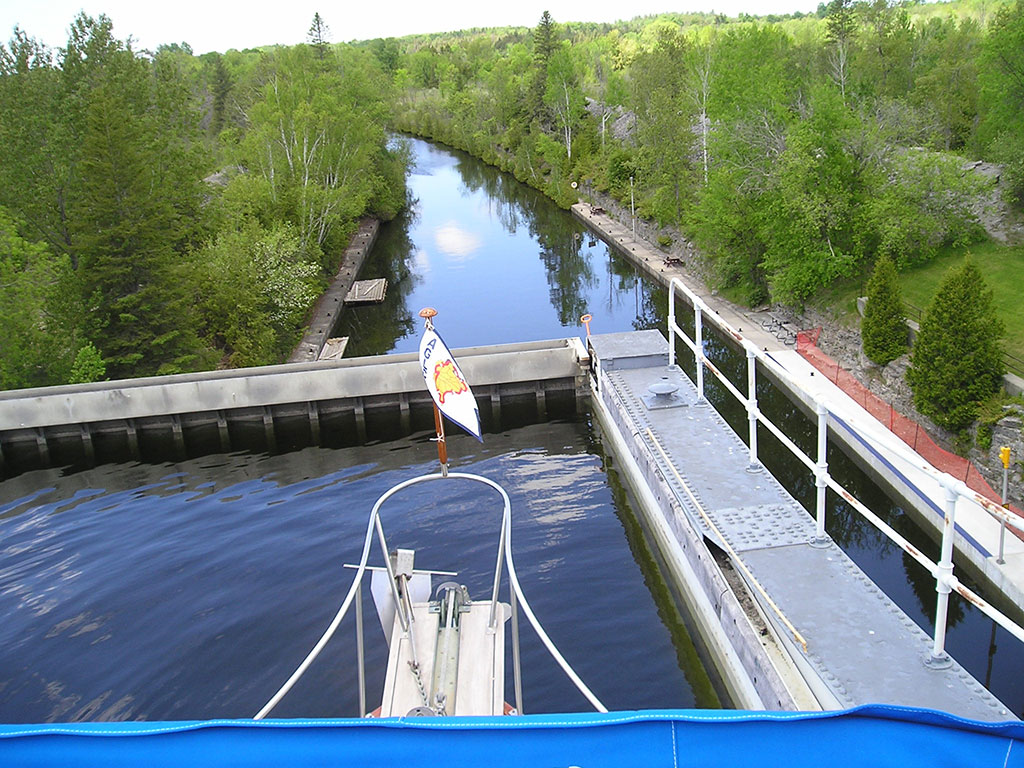 It was my worst nightmare. Entering the tub of a lift lock 50 ft in the air and having the engine stall. Can I stop the boat before hitting the end of the tub and soaring into space. That's what happened today. Fortunately we were going very slowly and the lockmaster and Mavis got the lines secured before we hit the end. Next I found that putting the shift lever in neutral stalled the engine. The engine would start in gear so we left the lock and continued on but at anything over 1500 RPM the engine started to heat up. We slowed down but then wrapped weeds around the prop. With now way to put the prop in reverse we had to run at 3 MPH to minimize the vibration. We made it to Ports of Call Marina in Bolsover and were able to land safely with some help. The former owner, Ted, is a marine mechanic but is continuing to work during a transition period. Ted quickly established that the transmission had locked up in forward gear and will have to come out and be rebuilt. He will pull the unit tomorrow and take it to Orillia where there is a transmission shop that can repair it. It will probably be Friday or Saturday before we can get moving again.