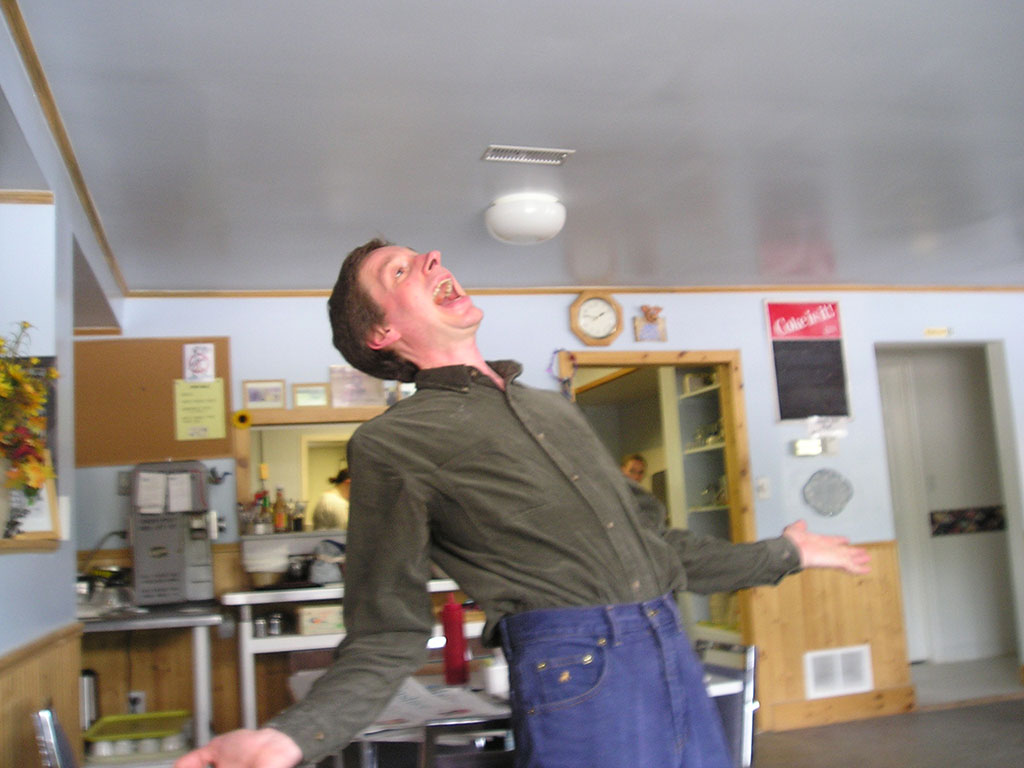 The shop in Orillia took the transmission apart today and found a lot of damage. It will take them until tomorrow to come up with a repair estimate. Then we have to decide whether to rebuild it or buy a new one. How long this will take we don't know but it looks like we will be here in Bolsover for a while. My sister and a friend came to visit today and we went to Twigs for lunch. Everyone had the egg salad sandwich which is really good. The secret Dave said was the use of fresh eggs. He then went on to tell us all about how he grows the chickens and his one time pet chicken 'I-lean' which only had one leg. Much of the story he acted out (see photo). In the afternoon a local resident, Don, came by. He has one of the last Gravette mahogany inboard/outboard runabouts built. He bought it originally in 1974 and had it restored a couple of years ago. The boat is in beautiful shape.