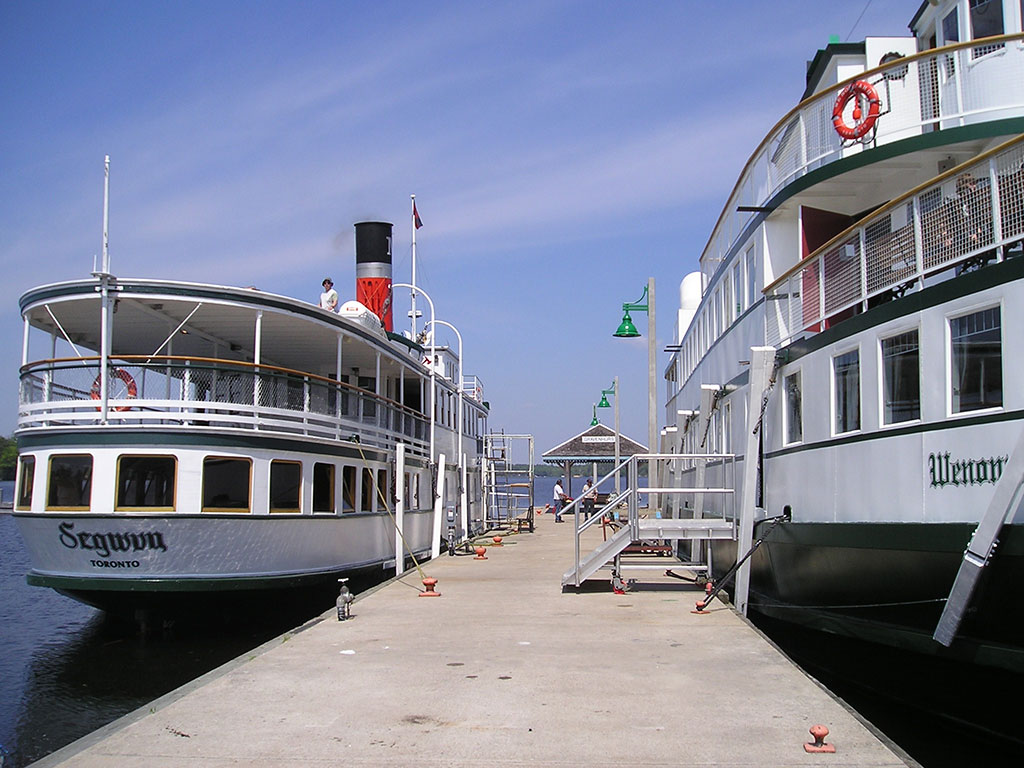 Today we were picked up by an old Queen's University friend, Dr. Gordon C. Shaw, who has chosen in his retirement to be President of the Muskoka Steamship and Historical Society. This is a major attraction and economic development engine in the area with a museum, two restored steam powered ships and one brand new replica. Gordon helped raise several million $ to build the new ship. A hotel, restaurants, shops and condominiums are now being built next to the docks. We drove to Gravenhurst and boarded the replica ship the Wenonah II. The ship headed north up Lake Muskoka. Soon we were called to the dining room for a beautifully served lunch complete with a bottle of Pelee Island Merlot. As we were with Gordon we were treated like royalty and got to see every part of the ship including the Caterpillar engines and generators. Each CAT engine burns just 3 gallons per hour. Returning to the dock we toured the Segwun built in 1887 which I used to see on the lakes when I was on canoe trips at Camp Pine Crest in the '50s. The Segwun burns coal and was being readied for the summer season which starts next week. The ships are all available for private parties and conferences. On our return we found out that the decision has been made to rebuild the transmission. It will take at least a week to get the parts, reassemble the unit and re-install it in the Katy Leigh. So much for our itinerary; an update will be issued when we are more certain of our departure date.