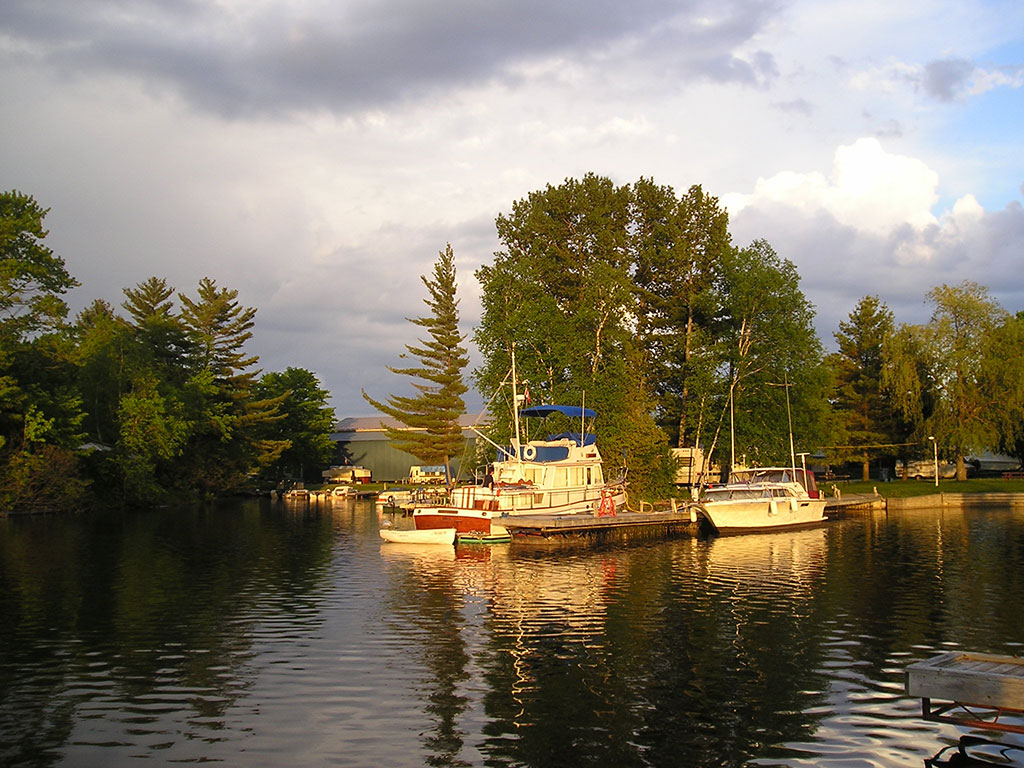 This was a slow day with no photos taken. However, since so far I have taken over 700, I'll use one from a few days ago that shows what a beautiful spot we are stranded in. We met Don's son, Steve, who is a croupier at the Niagara Falls casino. We learned quite a lot about the gambling business from Steve. His only incident so far was finding a couple of counterfeit $100 bills mixed in with several legitimate $100s from a customer. The police investigated but found no evidence that the customer was a counterfeiter. Lunch was in Beavertown at the Farmer's Kitchen. It was very unusual with over 120 bins of beans, sugar, spices, etc all along one wall. They also sell baked goods and serve breakfast and sandwiches. Tomorrow's big event is a trip in Don's classic Greavette runabout to Kirkfield for old fashioned milkshakes.