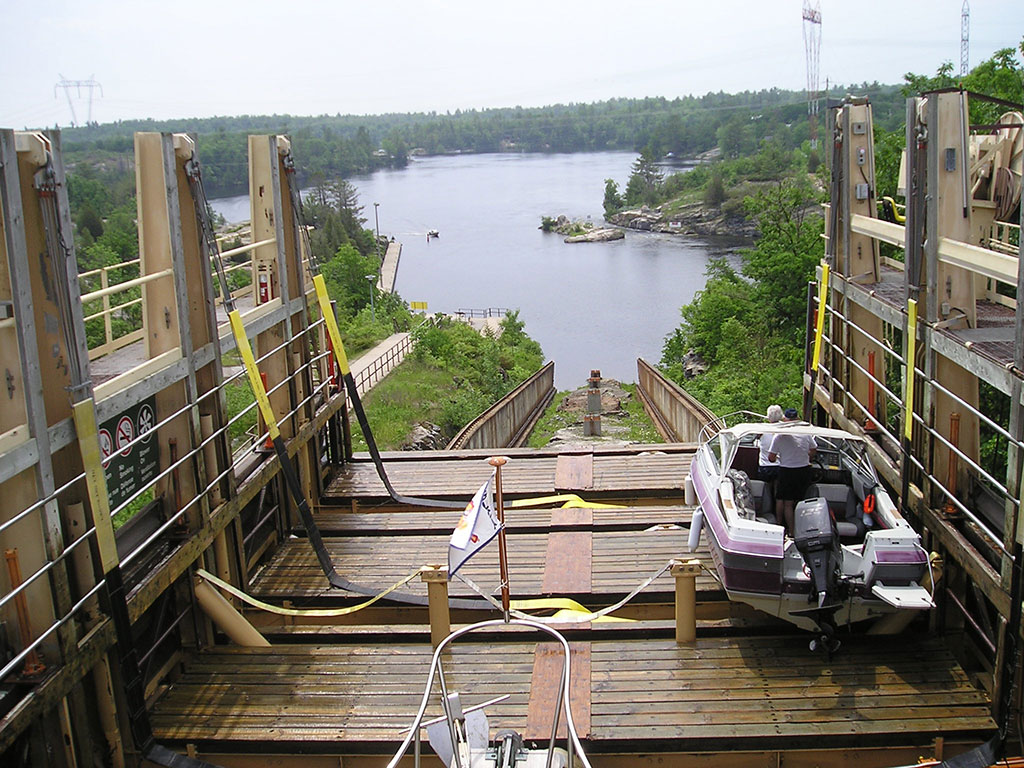 It was foggy when we left the Orillia harbor but it cleared once we were out of Lake Couchiching. The rest of the route took us along the Severn River which winds through narrow granite canyons and lots of cottage country. There are shacks, trailers, and mansions sometimes all mixed together. At Big Chute there is a marine railway (see photo). It was updated in 1979 by building a fancy new device that you float onto. The boat is held from tipping over by slings but rests on the keel. The car rises out of the water over a hump and then down a steep hill. There are two sets of tracks that follow different profiles. One set of tracks is followed by the front of the car and the other tracks are for the rear of the car. In that way the boats remain level and don?t slide off the car. It is all over in about 10 minutes. We tied up at the bottom for the night. Just one more lock and we are done with canals until Chicago. Lat 44.88 Long 79.68