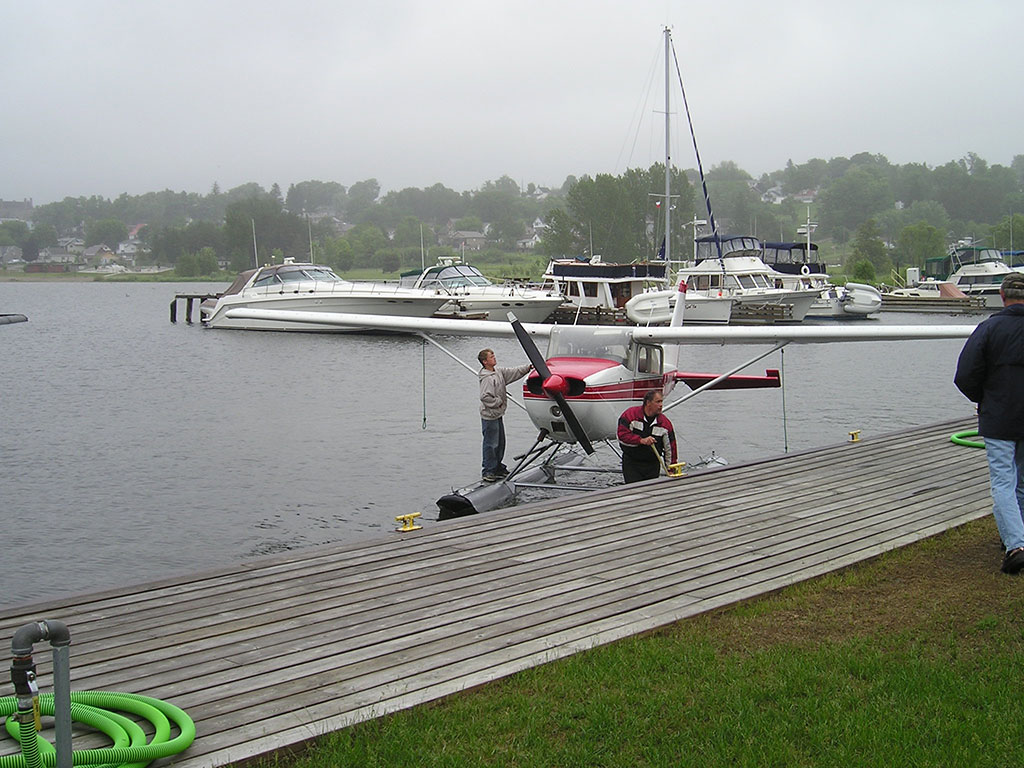 Diesel man, Ron, came at 8:30AM. He removed the injectors and drove to Barrie to have them tested. One needed a new nozzle and all got new springs. It is 1,500 hours since they were last checked so it was time. I went to the Midland Rotary Club for lunch. The speaker was like an old time medicine man that had a cure for just about anything using HMS-90 which is made from milk. He answered his own question as to why the big drug companies didn't sell this miracle drug. The drug companies only would have bought it so it would never get to the market. It was just like the big oil companies that bought the rights to the carburetor that burned water. After the meeting a member approached me and within a few minutes it turned out that his mother and mine were great friends and that he knew an old girl friend of mine. We are going to cruise to his cottage for lunch tomorrow as it is on the way to our next stop. It rained just about all day today. We had a little excitement when a float plane landed at the marina at 6:45pm. It had flown in from fishing in Hudson's Bay. It was headed for Toronto but because of the lowering ceiling the pilot decided to land on the bay instead of going on. He and his young son will leave in the morning.