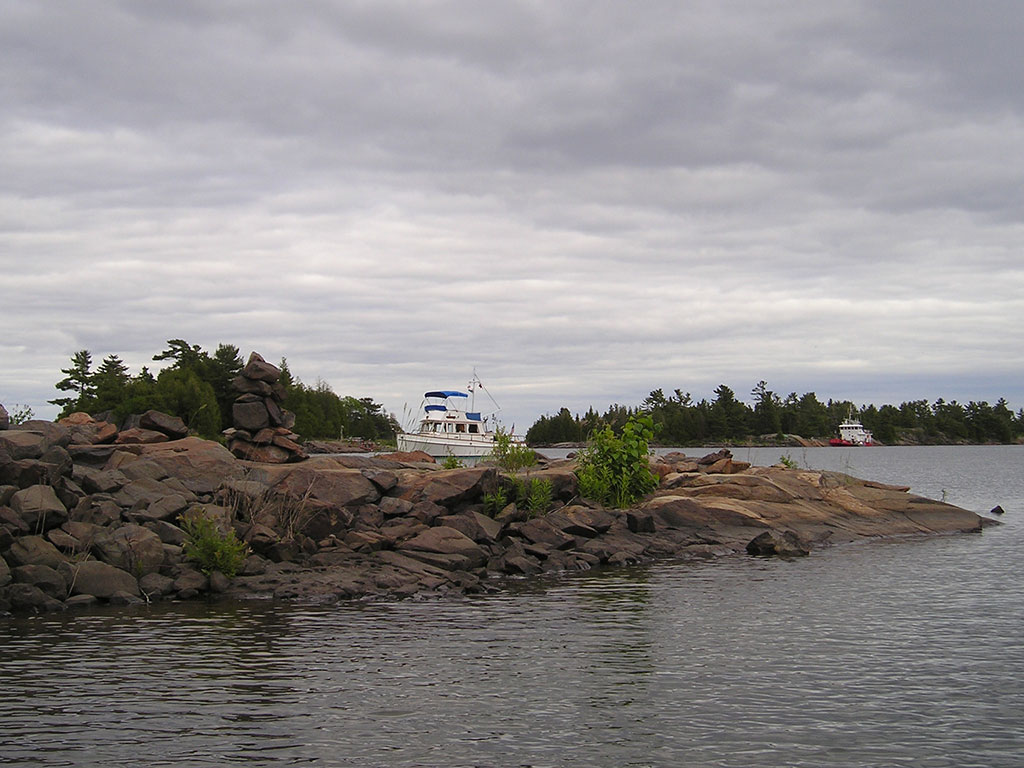 Another grey, rainy day. We were underway at 9:45AM and headed for Rob's cottage at Cognashene. Like many people here Rob has been coming up to Georgian Bay since he was born. They have a beautiful 1930's cottage that has been added onto several times. We had lunch, then did a temporary repair on the fly bridge windshield which broke in half in a storm Tuesday evening. Cruising here is exciting with narrow channels and rocks everywhere. The channels are well marked but you have to be constantly checking the route and making sure you don't miss a buoy. It was a 3 hour cruise to Henry's (world famous) Fish Restaurant at San Souci where we docked for the night. We were the only boat on docks that can handle 50 boats and planes. We had the fish and chips for dinner that were excellent. Some local cottagers from Indianapolis then joined us and we learned a lot about the area. The Toronto area TV stations have repeaters up here so we are able to get at least one watch able channel with the rabbit ears. Note that we are now at 45 degrees north, half way to the North Pole. Lat 45.17 Long 80.14