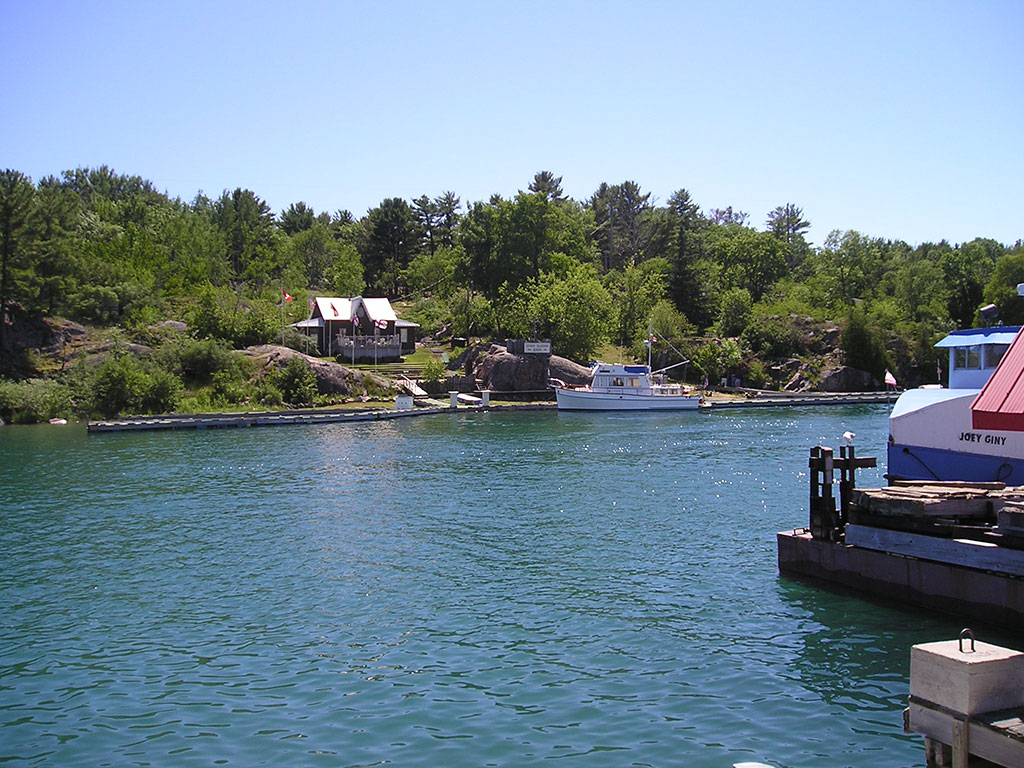 We left the Bustards around 8:00 and followed the Coast Guard's Cove Isle out. It headed up toward the French River and we kept going toward Killarney. At Killarney we tied up to the George Islander Marina owned by the wife of an old college classmate (see photo). We were the first boat of the season. The season there is just 6 weeks long. People can earn their year's income in 6 weeks. The marina was on the other side of the channel so we rowed across to town. The main attraction is Herbert's Fish & Chips. The fishing boats come in, the fish is cleaned on the dock, and sold out of an old bus on the property. It was a mob scene until about 8:00PM. I wanted to see the Killarney Mountain Lodge and we ate dinner there. In the afternoon the Cove Island came in and docked at Herbert's which is the public dock.