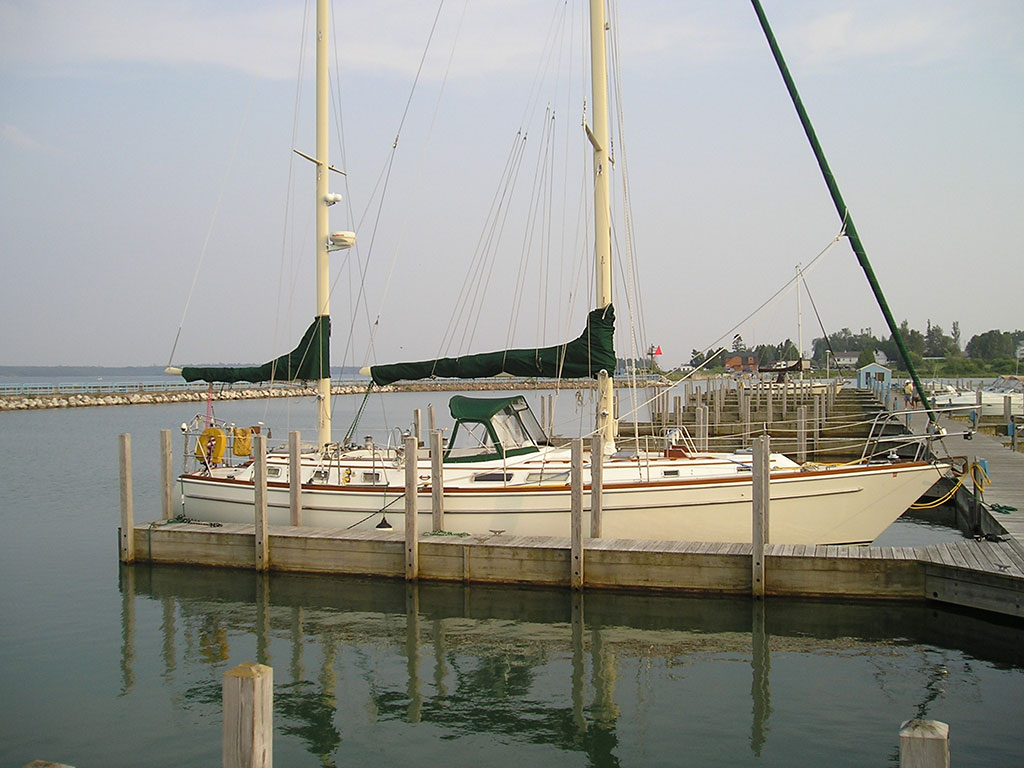 Rather than spend another bouncy day going to Mackinac Island, we decided that when we entered the Strait at De Tour if it was too rough we would turn around and stay in the De Tour Harbor. The forecast called for 15-25 Kts and when we got out the in open it was rough so we tied up at De Tour Village. A very nice friendly place and since we got here at 9:30AM (just 9 miles from the marina on Drummond Island) it was like getting a day off. We had lunch in a small restaurant in town, read books, and talked with Mark and LuAnn on a beautiful 1980's 42ft Gulfstar ketch that was laid up beside us. They taught Mavis a lot about varnishing which should pay off when we get back home. Mark had just finished sailing from Chicago to Mackinac on the boat in a single handed race. It took 60 hours as the winds were not very good. Hopefully we can make it to Mackinac tomorrow. Lat 46.0 Long 83.9