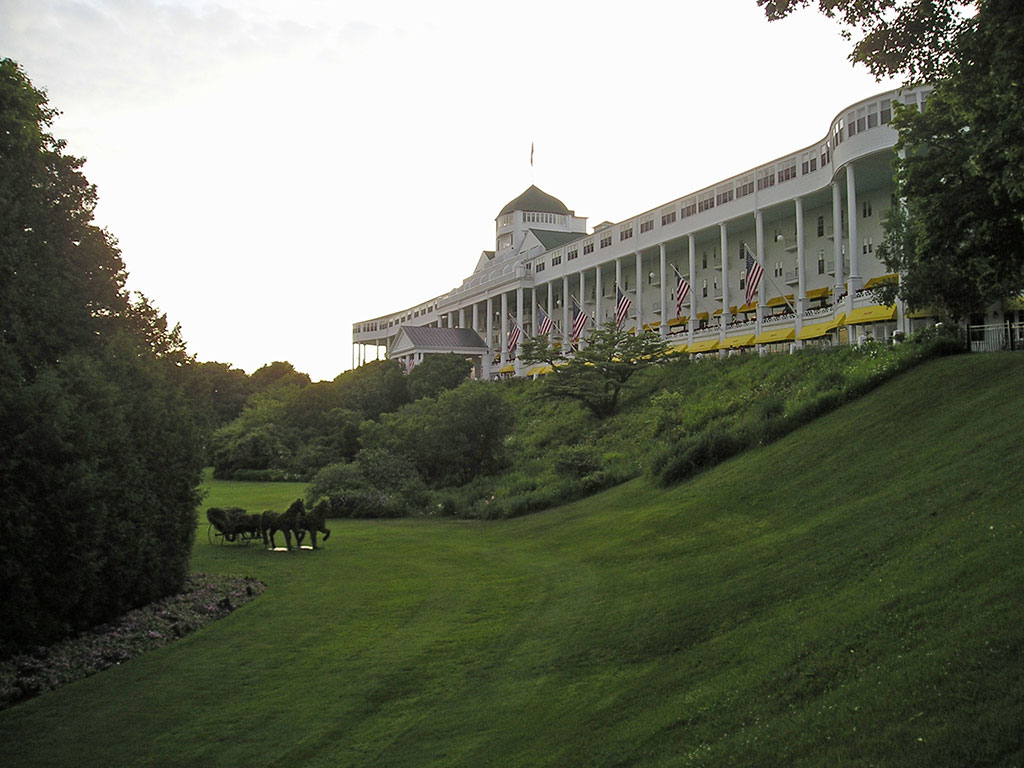 Dinner at the Grand Hotel (see photo) was a sumptuous 6 course dinner. You could have venison but we chose the roast beef. The Grand has to be one of the last great railroad hotels left over from the early 1900's. Everything is well done with a harp player in the lobby and and extra coffee service. You still have to wear jackets and ties after 6:00PM. While I had a jacket I borrowed a tie from the concierge. Women are supposed to wear skirts with pants outlawed but they seem to be ignoring that rule. This morning we toured Fort Mackinac and learned more about the 3 Confederates that were interned their in the summer of 1852. They had the run of the fort and were not locked up. Two were Generals and one was a judge. George Barrow, William Harding, and Joseph Guild were the wealthy Tennesseans that refused to take an oath of allegiance to the Union after Nashville was captured. We had to vacate the marina at 1:00PM and sailed across to Mackinaw City. We have now completed the Great Loop since this is a harbor we stayed in 6 years ago when we brought the Katy Leigh from Erie PA to Kentucky Lake. Tomorrow we start our 2nd loop! Lat 45.78 Long 84.72