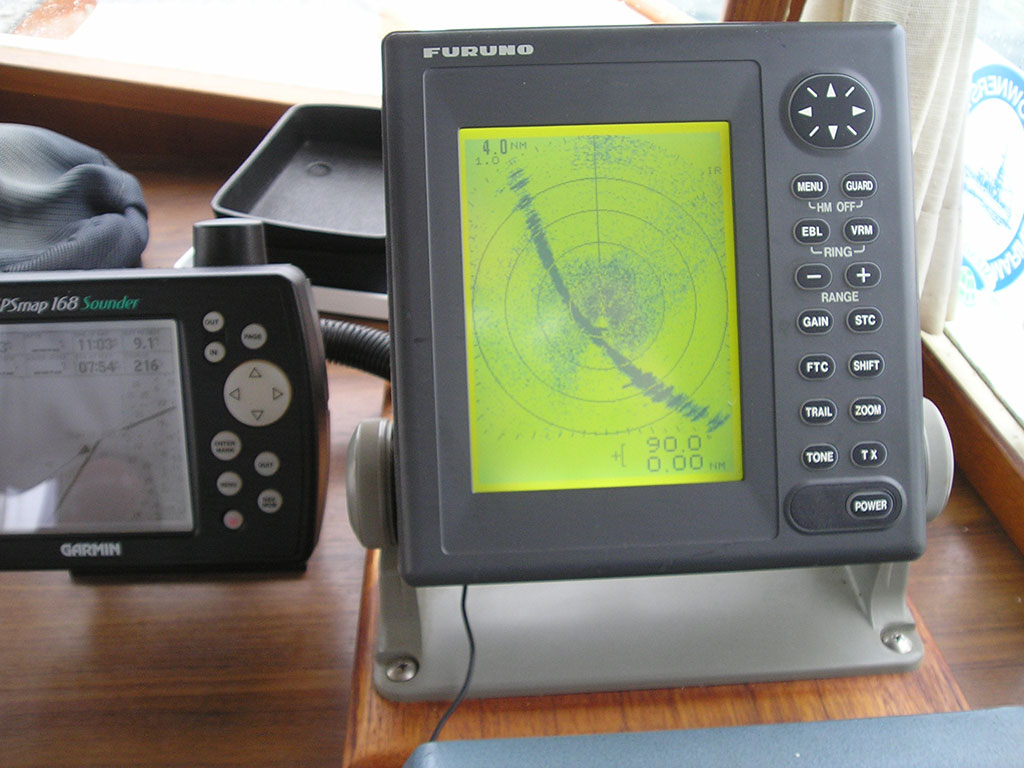 The weather forecast was dead-on this morning with rain and a thunderstorm. It was supposed to end later in the morning and promised 10-15 knot winds and 2-4 ft waves with a chance of rain and thunderstorms. It also forecast 3-5's for Tuesday. Thursday is supposed to be calm so we will cross the lake then. Mavis did a laundry at the superb Laundromat on the property and we were underway at 11 headed for Muskegon. In 1999 we were able to go from Muskegon directly to Chicago. Rounding Little Sable Point it got rough with large swells but not much wind. Then the radar showed rain squalls ahead and soon we were in it (see photo). The radio issued a severe thunderstorm warning but we had little choice but to continue. There was a little lightening and it was bouncy but no real problem. When we were 20 minutes from Muskegon there was another storm warning of 50 knot winds. We were in the harbor before there was any sign of that. We are at Harbortown in Muskegon and will probably stay tomorrow as it could be even rougher on the lake. More fireworks tonight if the rain holds off. Lat 43.23 Long 86.33