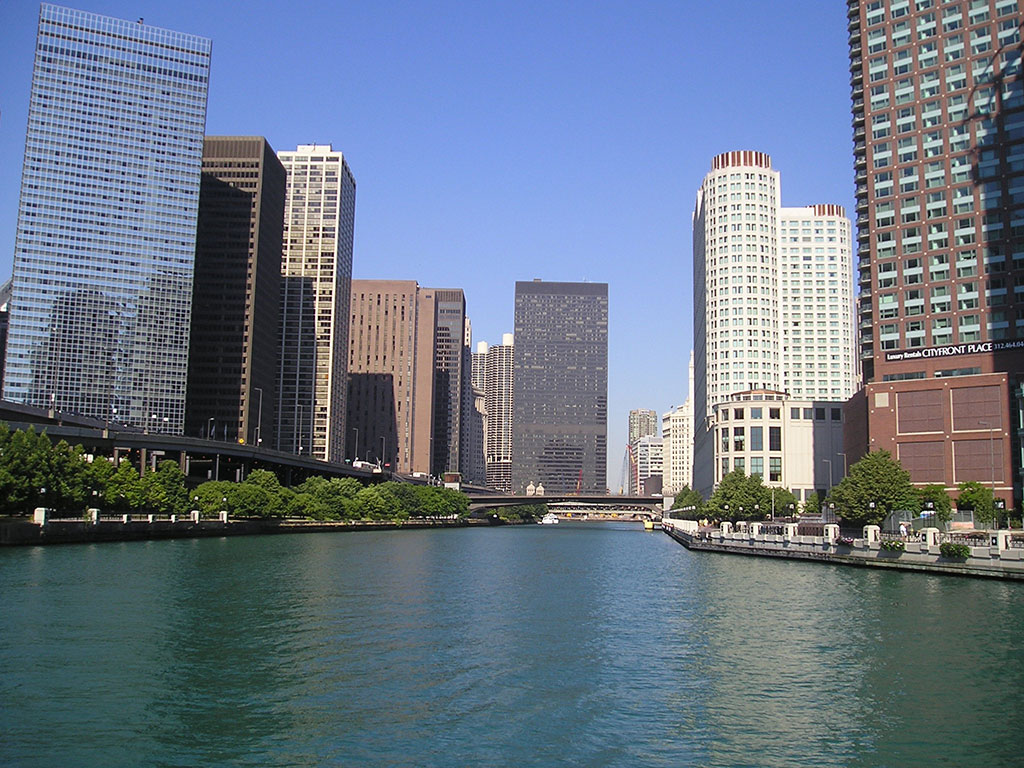 Last night we went to Millenium Park for dinner and then watched the fireworks at 10:30PM from the boat. There are fireworks every Wednesday and Saturday on the Chicago waterfront. This morning Mark and Michael arrived at 7:15 and stayed on the boat while Graham and I set out for the South Branch Marina. It was not easy to find by road as it was under an expressway. We left the car there and took a taxi back. At 8:15 we were underway on the Chicago River going through downtown. It is a spectacular sight to see all the tall buildings and different bridges. When we got to the last bridge before the marina it was a railroad bridge with only 9 ft clearance. We sat and sat waiting for it to open. Tried various combinations on the radio but no response. Finally I figured out it was the Amtrack Bridge and the bridge master replied that the bridge was un-operable. He didn't know when it would be fixed. We were waiting beside the Chinatown park so it was decided that Graham and the boys would take a taxi to the marina where the car had been left. We tied the boat to tree as there were no cleats on the wall. Just as we started to unload the bridge decided to open. Back in the boat and a mile or so later we dropped everyone off at the marina. The rest of the canal is very industrial with mile after mile of coal yards, sand and gravel, refineries, etc. There were two locks and we had to wait 1-1/4 hours at one so it was 6:30 by the time we got to the marina at Wilmington, IL. Graham and the boys got back to St Paul about 30 minutes before we got to Wilmington. Lat 41.39 Long 88.25