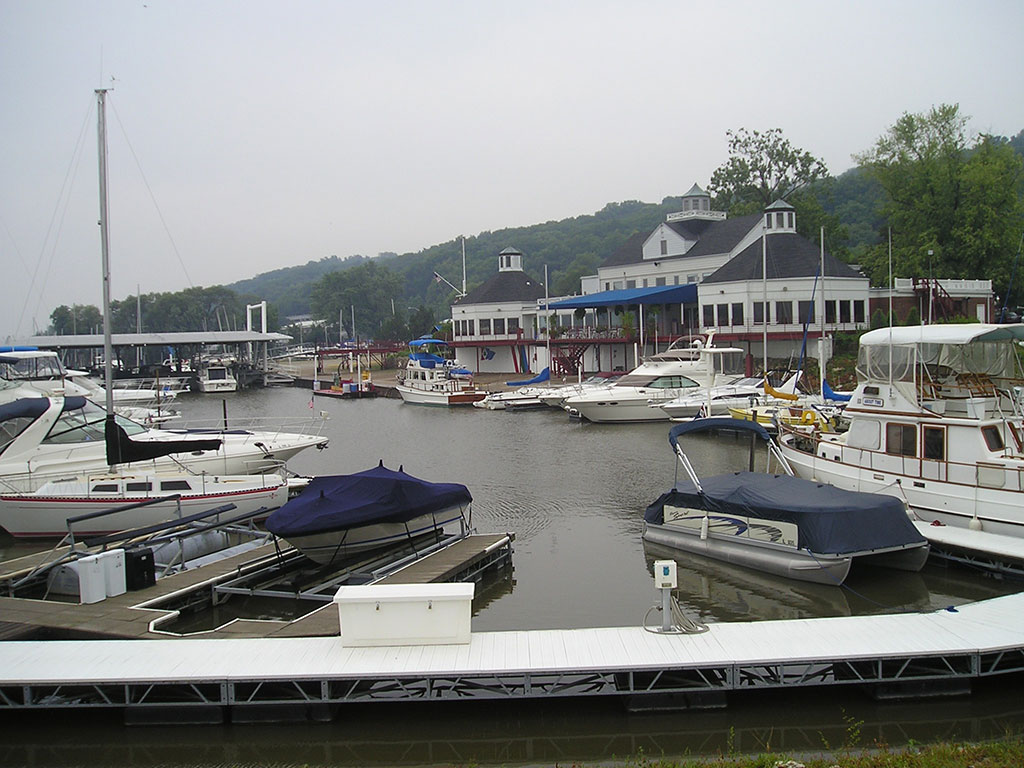 The rain came off and on all night. We left Henry at 7:30AM and were glad to get out of the old lock without running aground. It was quite foggy but we could see the buoys. The plan was to go 80 miles to Havana IL and tie up a marina there. A passing towboat captain wanted to know where we were going. He thought I said Atlanta and wondered how we were going to get there today at our speed. He said the water was really low and to be careful. I called Havana and they said there was a shoal at the harbor entrance and I would be plowing mud to get in. So we changed to Plan B which was to go 30 miles to Peoria and stay at the IVY Club (Illinois Valley Yacht Club). I am glad we did as it is a beautiful facility. They have a covered barge with slips on both sides. Very heavy beams are used for the roof because of the snow load. The barge makes a great party place. Tomorrow will be 80 miles and one lock to get to Beardstown where there is an old barge to tie up to. Lat 40.75 Long 89.56