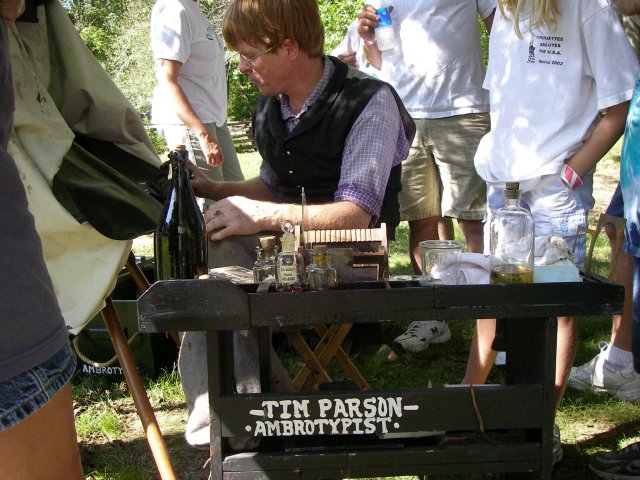 We had a great weekend at Kenlake getting the boat ready for the trip. We also visited the Homeplace at Land Between the Lakes for the first time. Homeplace is a recreation of an 1850's farm. It was fall fair weekend so there were a number of interesting exhibits including an ambrotype photographer. He had a portable darkroom and made the plates in his exhibits. He said that his photos cannot be distinguished from antiques and that someone had sold one of his photos as an antique for $300 on eBay. 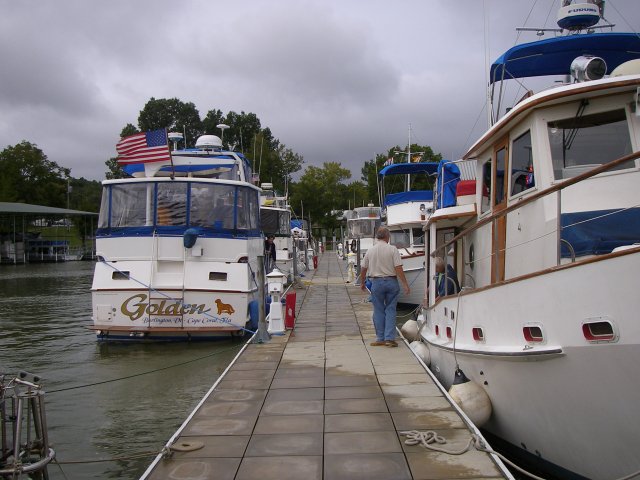 We left this morning at 7:45 in rain. Even on cloudy days the river can be beautiful as in today's photo. We arrived at Pebble Isle Marina at 2:00 and were welcomed by 5 other boats doing the Great Loop. Cocktails were at 5:00pm on Golden. Tomorrow we will cruise to Clifton Tennessee.