Vancouver Is. Loop 2008
Day 35 Duncan to Saltspring Island, BC 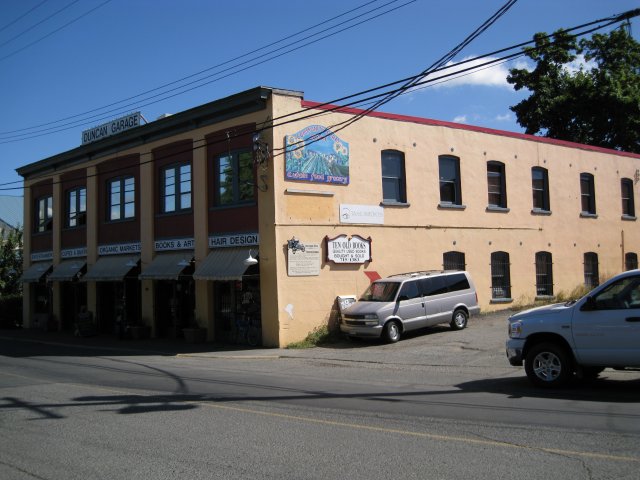 We had the last of Karen's free range chicken sausages with Doug and Ann for breakfast.

Doug gave us a tour of downtown Duncan. What was once an Indian village is now an interesting downtown on the scale of the best anywhere on the continent. Organic is very big here and we toured a shop that had all kinds of stuff that I had never seen before. The shop is in a restored 1912 garage. It combines used books with a community market, coffee, bakery, and hair design. It is located right across the street from the old rail station which is now a museum in spite of the fact that a passenger train (2 car) goes through headed north to the rural areas on the island in the morning and makes a return trip to the densely populated areas in the afternoon. The directions the train takes are the exact opposite of what it should be doing but  probably best serve the train crew rather than the passengers.

At noon we took the ferry across to Saltspring Island and drove to Bob & Judy's house ( Brockville friends) which overlooks one of the long sounds on the east side. They have been motor homing for years and just acquired one built on the same chassis (Dodge Sprinter) as ours.