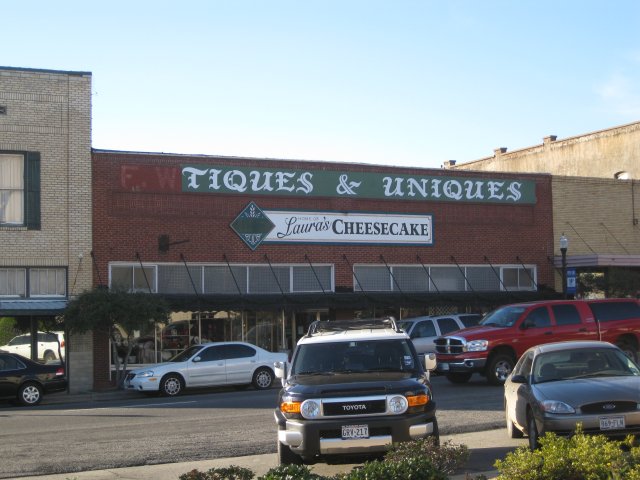 On the road at 8:00 our first stop was McDonald's for the 53 cent senior decaf. The next 40 miles on I-40 were in the worst shape of any road we have seen in 21,000 miles. The pot holes were everywhere. Then suddenly near Little Rock the pavement became super smooth. The area of rough road appeared to be a massive wetland used only for duck  hunting.  Little Rock is a large city now with skyscapers on the horizon in the downtown. We left I-40 and headed southwest on I-30 at Little Rock. We passed through Hope AR, President Clinton’s birthplace. It is also the home of the Klipsch Museum. Paul Klipsch manufactured audio speakers.  We elected to keep moving and skipped the opportunity to see such museums.  We crossed into Texas at noon. Surprisingly there isn’t even a sign at the border.  At Mount Pleasant we checked into the KOA and toured the antique shops in downtown. There is one real antique store and another called “Tiques and Uniques” which had everything but antiques including a restaurant, bakery, fudge counter, candles and stuff. In the photo note the faded “F.W.” no doubt for F.W. Woolworths.  Did the “AN” letters fall off the sign. The lady at the real antique store “Jo’s” was pretty huffy about the “candle” store as she put it.