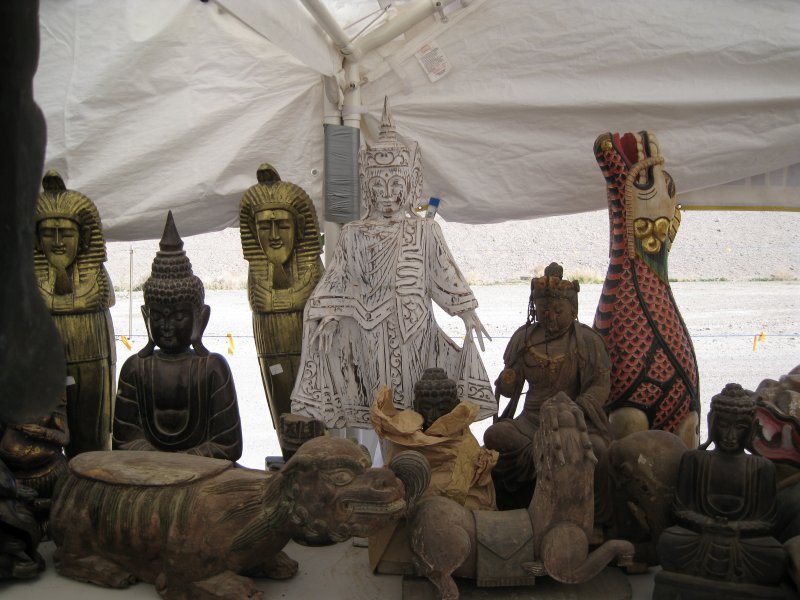 This was our first day of not driving anywhere. The morning was spent touring other Views and Navions and talking about all the modifications people have made. Our View is a rare model that many of the others have never seen. It has the most storage space but the least living space of the three models Winnebago makes. The hottest addition that 3 or 4 people have put in is solar panels. They are huge and there are all sorts of ways to mount them. However, they are pretty awkward to set up. In the afternoon we went back to the RV and flea market. The market is immense. One India/China/Tibet vendor had some strange stuff (see photo). He was unpacking a big wooden crate with the stuff just thrown in every which way. Tonight we gathered about as the sun went down, ate snacks and told stories. It’s a good group and at least two other couples are boaters.