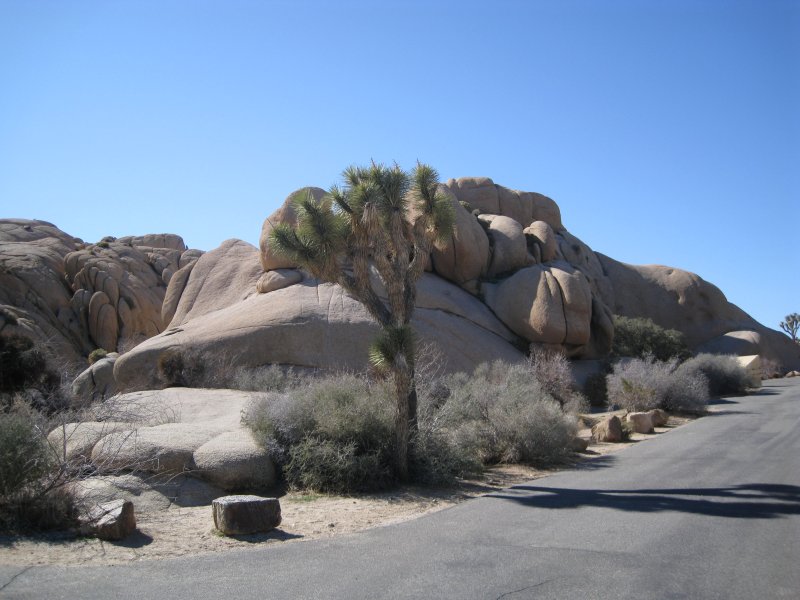 Joshua Tree National Park covers two deserts; the Sonora on the south and Mohave on the north. A remarkable change occurs when you cross the mountain range between the  two. The Joshua trees and rock piles are only found in the northern part of the park. We are at the Jumbo Rocks campsite which has incredible scenery but no power, no water, and no cell phone service. We hiked around the rocks for almost 3 miles. The photo shows a Joshua Tree before some of the unusual rocks. These rocks were formed under the surface by molten rock that rose like bubbles and cooled. Then the overlying rock was eroded away leaving the rounded and incredibly shaped rocks. Mavis and Judith had their last scrabble game while Bob and I took it easy. At 4,300 ft of altitude it is going to be cold tonight. Tomorrow we head east to Saguaro National Park near Tucson. Bob and Judith will head west to L.A. and then fly to New Zealand for several weeks.