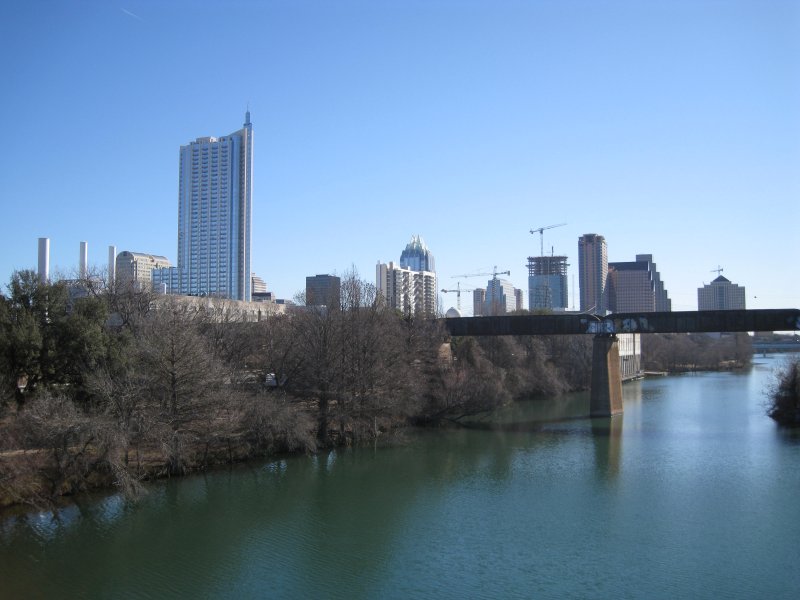 We took time this morning to explore the area around the Pecan Grove RV Park. Austin has gone a long way in combining a downtown entertainment district with condos and greenways. Dozens of people were out running and walking. A building boom seems to be continuing. The Pecan Grove RV Park seems to be a holdout with high rise condos going up on either side. A new pedestrian bridge crosses the Colorado River and connects to the state capital and office buildings (see photo from pedestrian bridge). I never realized until now that there are two major Colorado Rivers in the USA; one on each side of the Continental Divide. After we had arrived at the location of the RV Park I had chosen for tonight we learned is now an RV and boat dealer. I soon located an even better place on the bayou in Galveston. While there are a few wrecked boats still sitting high and dry on the streets, and many uninhabited homes, the business district has been almost completely restored.  We had dinner at Landry’s Seafood which is directly beside the seawall. Our waitress said that it had survived hurricane Ike with virtually no damage. A new beach has been built beside the seawall.