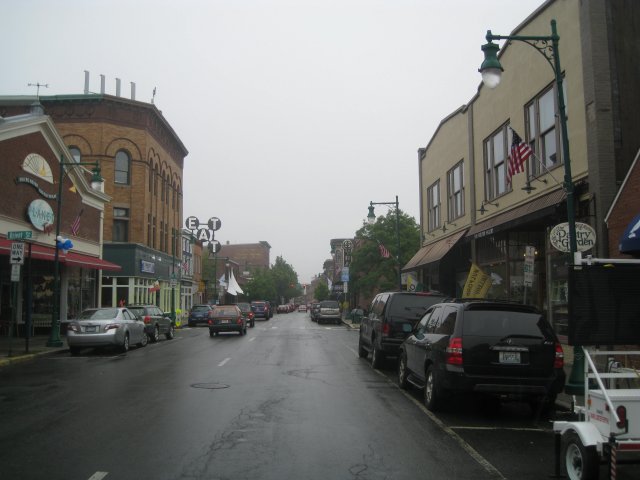 Fog and rain would describe the weather for the day. There was only one place where the fog cleared up for a few miles. I selected US-1 which took us around the coast of Penobscot Bay.  There were numerous beautiful historic towns all along the route.

We stopped in Rockland and toured the Farnsworth Art Museum which is near where the Wyeths spent their summers. As we drove down the main street the 3 way EAT sign (left side of street in photo) caught our attention. It is on top of the museum. It was designed by artist Robert Indiana (the LOVE letters sculpture) for the 1964 World's Fair in New York. Each letter has a set of lights which pulsate in a simple pattern. At the Worlds Fair so many people thought there was a restaurant under the sculpture that the lights were turned off and never turned on again until now. It was moved to Rockland in 2009 for the Robert Indiana and the Star of Hope exhibition. We had a lobster roll for lunch.