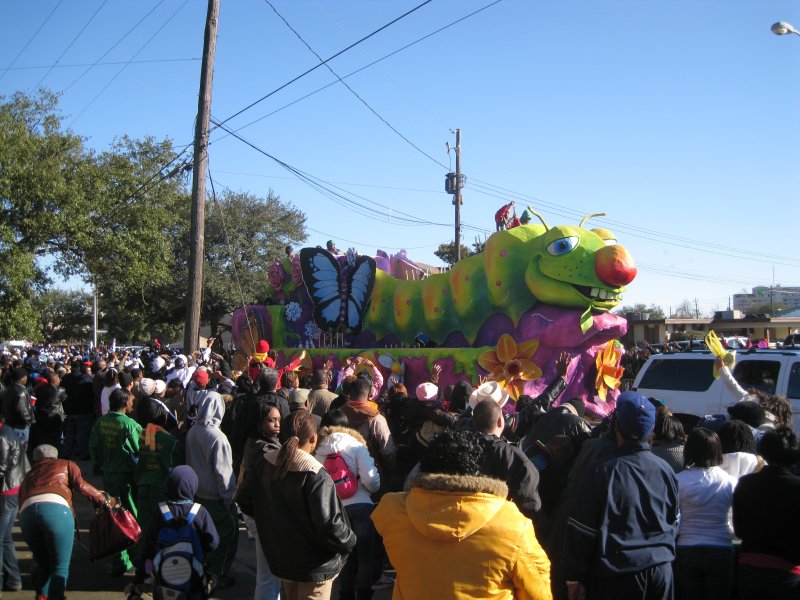 This morning the weather turned sour again with rain and cold. Rather than spend another day at Grayton I decided to head for our next stop 530 miles away in Shreveport, LA. Around noon, it cleared up and I was wishing we had stayed at Grayton Beach. Then it got worse. In Mobile we took US98 which goes to Jackson, MS. Without warning we found ourselves stopped dead in the middle of US98 in a monster traffic jam for a Marti Gras parade. There was nothing to do but shut down, watch the parade or read a book. It went on for 3 hours. Then it took 2 more hours to find a way around the parade and get out of town. Finally after dark we made it to the Escatawpa Hollow Campground about 20 miles from Mobile. The man that welcomed us said the parades last until 10:00PM at night. Tomorrow we will try to get to Vicksburg.