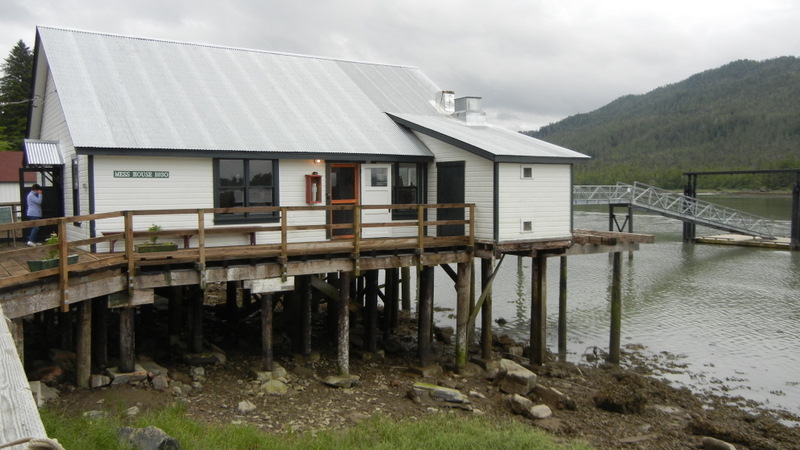 Did you know that Price Rupert is the closest port city to the Orient?  It is 800 miles closer which means one less day sailing an important economic benefit to shippers. There is a road, the railroad is being twinned, and the harbor expanded. The only problem is on the return trip where ships are loaded to 25% of capacity. Canada is now shipping logs to saw mills in China for processing. Exports to China exceed those to the USA. The ferry arrived on time at 10:30PM. We were in our reserved site by 11:15 PM. I was impressed with the Prince Rupert RV Campground handling 20 RVs all arriving almost simultaneously. It happens every other day. Today we drove 12 miles to the North Pacific Cannery, National Historic Site for a tour and lunch. The site is near the mouth of the Skeena River. The cannery was started in 1889 and closed in 1972.  Most of what remains was built in the 1950s. Our tour was guided by a First Nations man who had worked in the cannery since he was 6. He made $0.65 in his first day on the job and spent it on a pack of Export cigarettes. He took great pains throughout the tour to explain the jobs assigned to First Nations, Chinese, Japanese and European workers. The workers lived in segregated homes and barracks. It was great to see a cannery after reading the chapter in Michener's Alaska about the salmon cannery era. Canneries operated 6 months from April to late September and then closed down for the winter. They were integrated operations fishing, butchering, can making, canning, cooking, labeling and shipping. A stock of different labels was maintained and whichever one sold the best was put on the cans. A CN rail line ran beside the operation. Almost all buildings were on piles built over the river with a boardwalk connecting them together.  After the tour we had salmon chowder for lunch in the mess hall. The rest of the afternoon we spent shopping in downtown Prince Rupert. 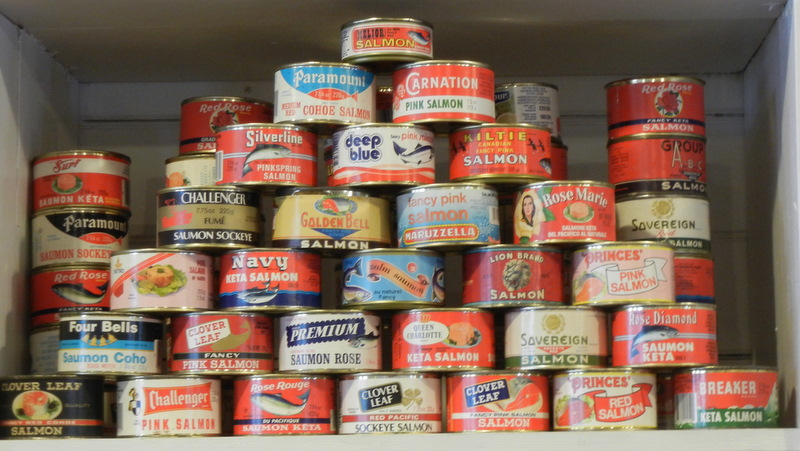 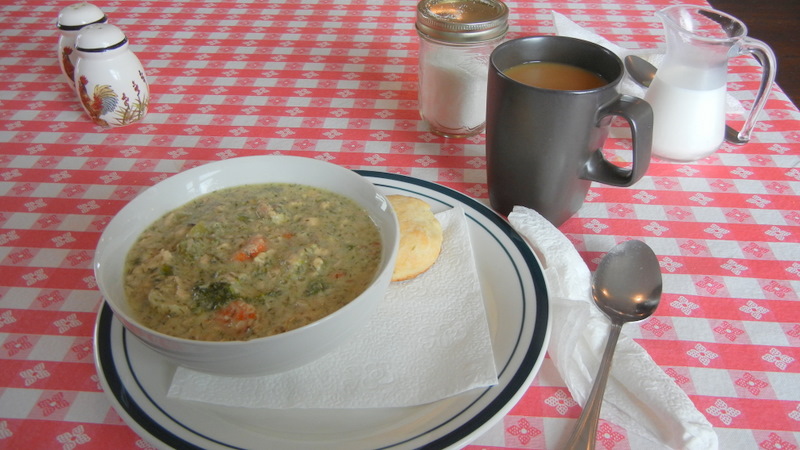