Last evening I attended a lecture on glaciers. A glacier has to move and get at least 200 ft of snow annually. Glaciers cut the bays called "canals" as in Lynn Canal. They are not canals at all but rather fjords carved by long gone glaciers and have dead ends unlike canals. The sun finally came out last night and we got some spectacular photos. 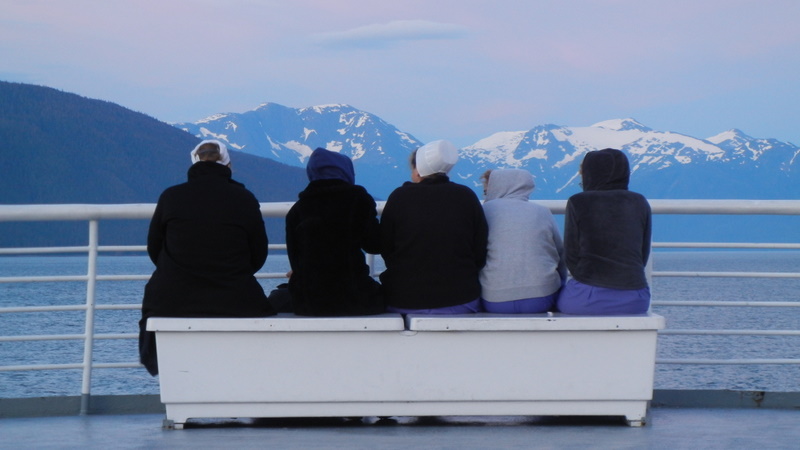 One photo shows a group of Amish women/girls sitting on a storage box on the aft deck and playing harmonicas.   Last night we had our second accident of the trip  (first was losing 2 hubcaps). We had the View side door open touching a camping trailer close beside us on the vehicle deck of the ferry. It was the only way to get in. The driver of the camping trailer, without permission from the ferry crew,decided to move ahead and caught the door on his trailer bending our door hinge. The ferry took full responsibility for the damage because their deck hand wasn't doing his job, which is to make sure all is clear before allowing a vehicle to move ahead. Tonight I made a temporary fix by removing the hinge and hammering it out straight.   Today we went through parts of Alaska, BC. The Yukon Territories (YT). We drove about 200 miles to a beautiful wild campsite, Cottonwood RV Park, beside Kluane Lake. It is so remote they have to use their own generator to provide electricity to the campsites. It runs from 4PM to 11AM.  There is no trash collection. You have to carry your own trash with you. The owner is very nice, helped me with the bent hinge, and told me about the grizzly bear he talked to this morning. He said the bear was well behaved and went off up the mountain. 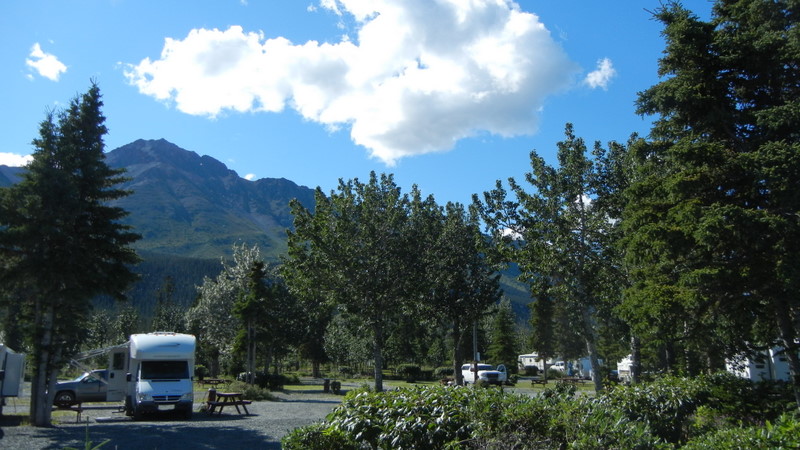 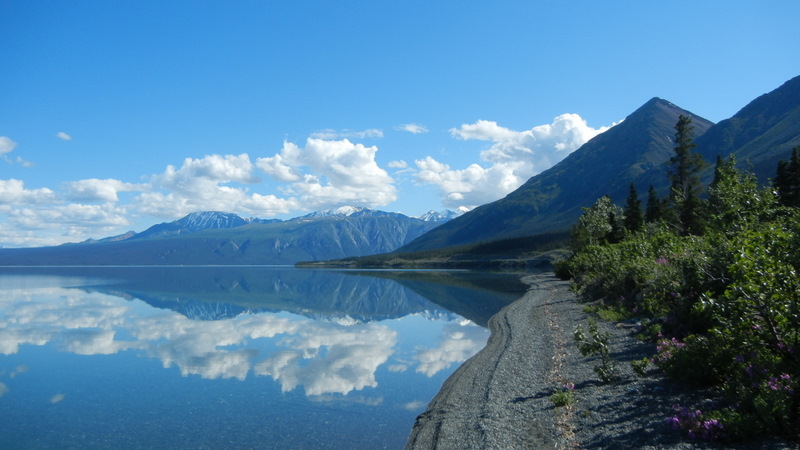