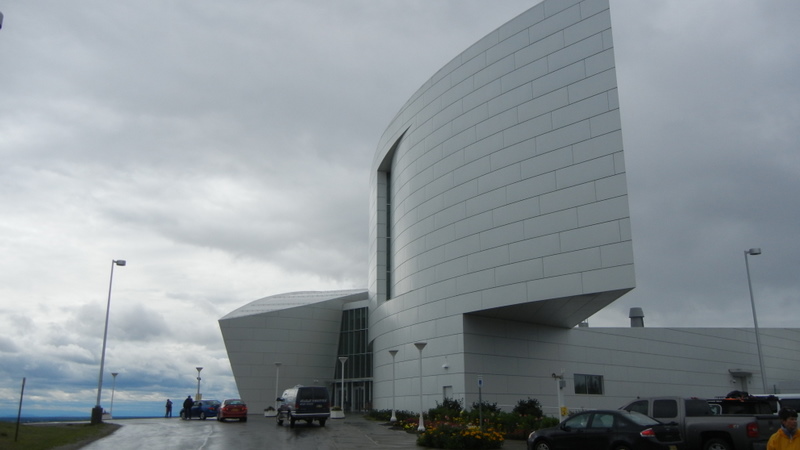 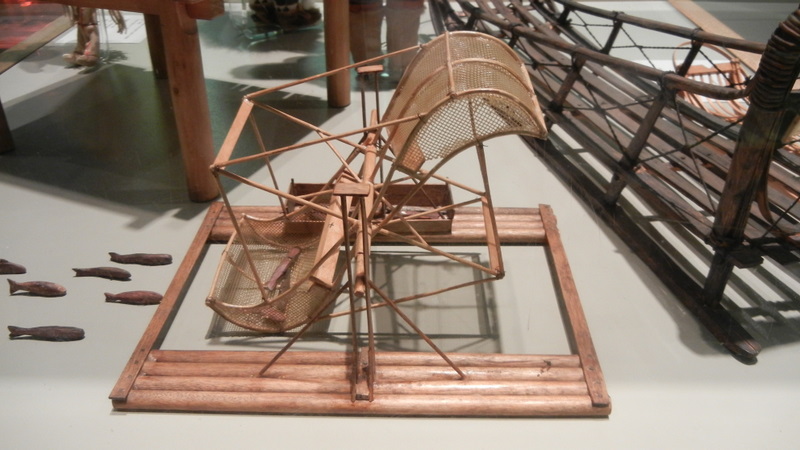 We had rain and fog for almost the entire 132 miles to Fairbanks. We shopped and then spent the afternoon at very modern Museum of the North on the campus of UAF (University of Alaska at Fairbanks). The museum was packed with visitors from bus tours and motorhomes. We watched a movie on the Aurora Borealis which claimed that the Aurora makes no noise. This was much to Mavis disgust who heard the noise it makes all the time in her backyard in Athens, ON.  The museum is extremely well done and combines art with history and even wooly mammoth bones.  We saw a 3 scoop salmon wheel in the Chilkat River northwest of Haines and had wondered what it was. The little model explains it all. 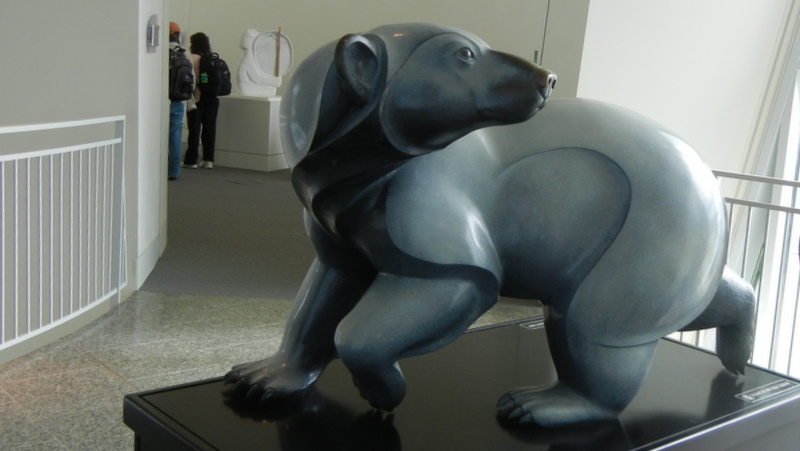 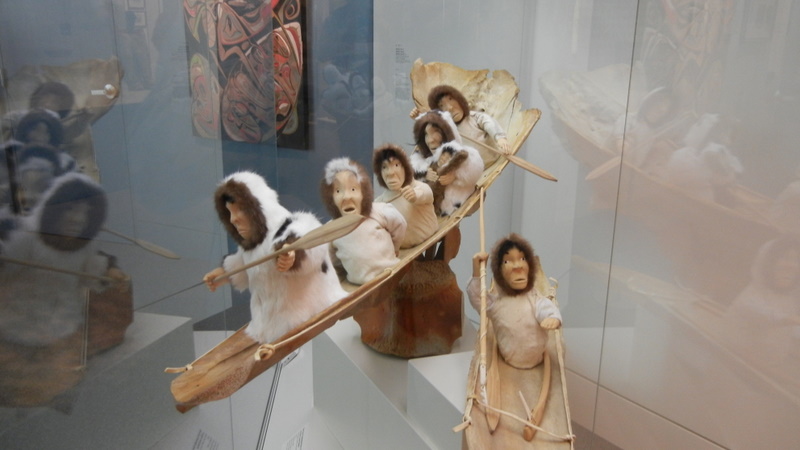 In the post for Day 1 I mentioned the Japanese invasion on the islands of Attu and Kiska at the end of the Aleutian chain. The museum has an entire section devoted to this experience. In preparation for the war, all 126 Alaskan citizens of Japanese descent were rounded up and shipped to internment camps in Idaho. Another 94 Japanese born in Japan but resident in Alaska were separated from their families, locked up in Fort Richardson, and then shipped to New Mexico. In addition to the Japanese internments just about anyone living on all the Aleutian islands were evacuated for 3 years to an abandoned herring cannery on Admiralty Island as well as other locations in Southeast Alaska. Many of the Aleuts homes were burned due to fear of the potential Japanese invaders taking them over. Some 42 Aleuts were captured when the Japanese occupied Attu Island and spent the war in Japan as POWs.  Tomorrow we will stay in Fairbanks, see a movie, tour a garden at UAF, and prepare for the long drive home.