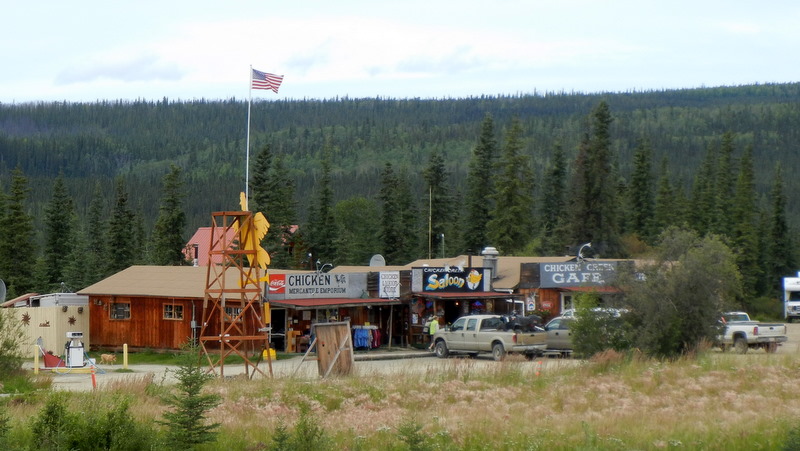 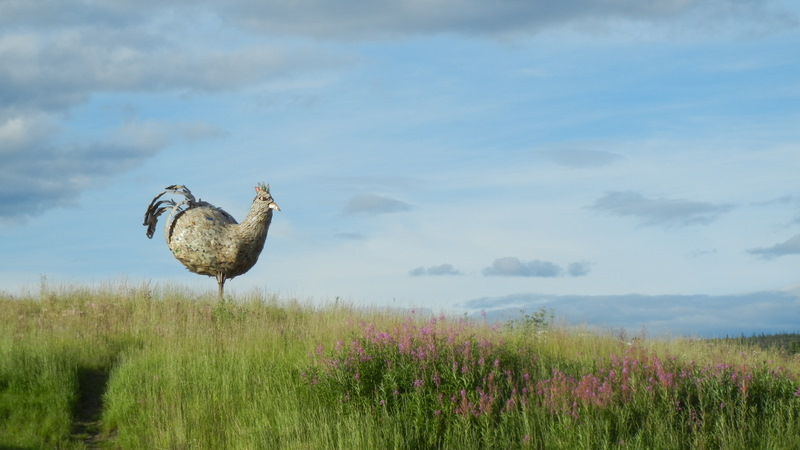 Chicken is 77 miles north of Tok. The road was pretty for the first 50 miles then deteriorated to patches and finally just gravel for the remaining 42 miles to the Canada border. Most of the 66 miles of Canadian road to Dawson City is paved. The main attractions in Chicken are the souvenir shops and the Pedro Gold Mining Dredge. The dredge is now on the list of historic places. We took the noon tour which was very interesting. The guide was a real student of gold mining dredges and knew the machine inside and out. Basically the dredge floats in a pond of water. A chain of buckets scoops up the old river gravel and dumps the gravel on a belt. The gravel then proceeds though a set of revolving sieves which remove all the larger stones including any gold nuggets 1.5" or greater. Then a panning operation removes everything except black sand and gold specks. A bucket of black sand and gold is then panned by hand to get the gold. In operation from 1959 to 1967, 55,000 ounces of gold were mined and sold to the government at $35 an ounce for $1.9M. The dredge operated 24/7 with 4 men per shift. It was powered by a pair of diesel generators that fed electric motors. This is a good place to note that several of the campsites we have stayed at in the Yukon and Alaska generate their own electricity. Here in Chicken there are no power  or phone lines. There is no cellphone service. The campsite does have limited Internet service via a Hughes Satellite but someone downloaded too much during the day and Hughes cut the park off. 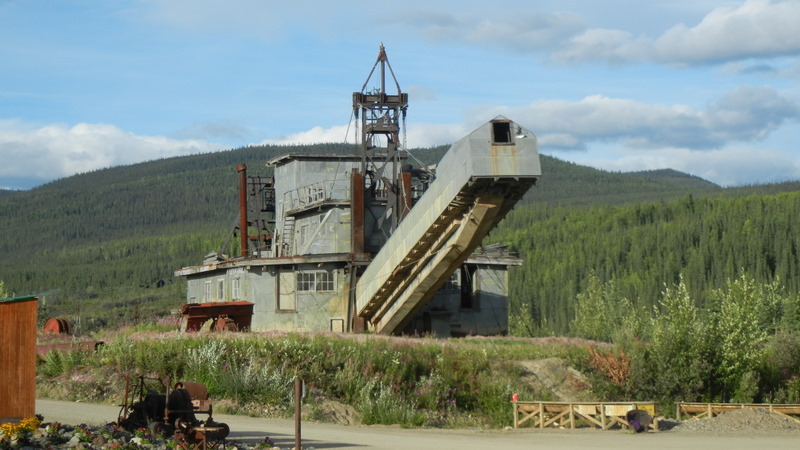 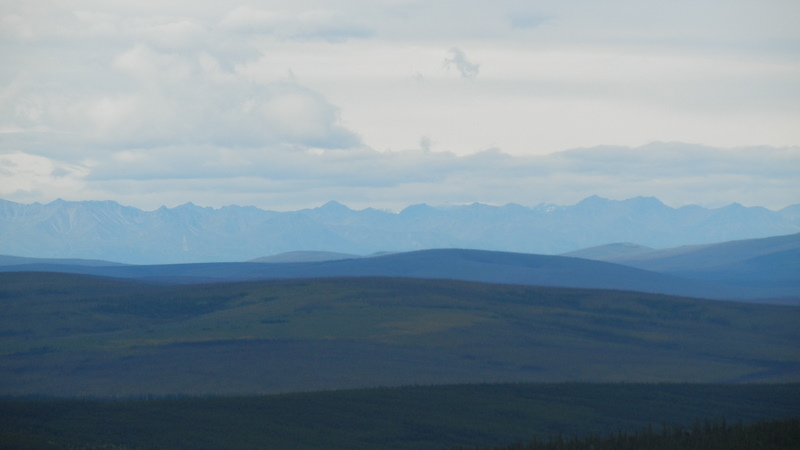