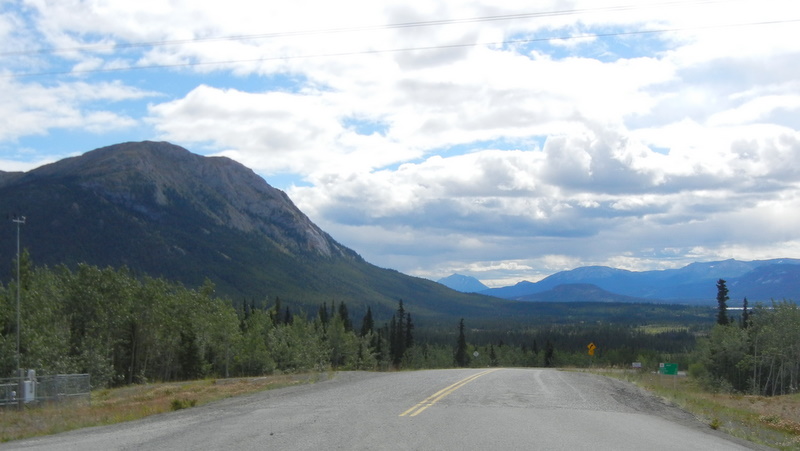 After a visit to the laundry, we left Whitehorse for Dawson Peaks RV Park & Motel, about 7 miles south of Teslin. The total drive on the Alaska Highway was 112 miles. Much of the trip is beside either the Yukon or the Teslin Rivers. There are mountains on either side of the highway. 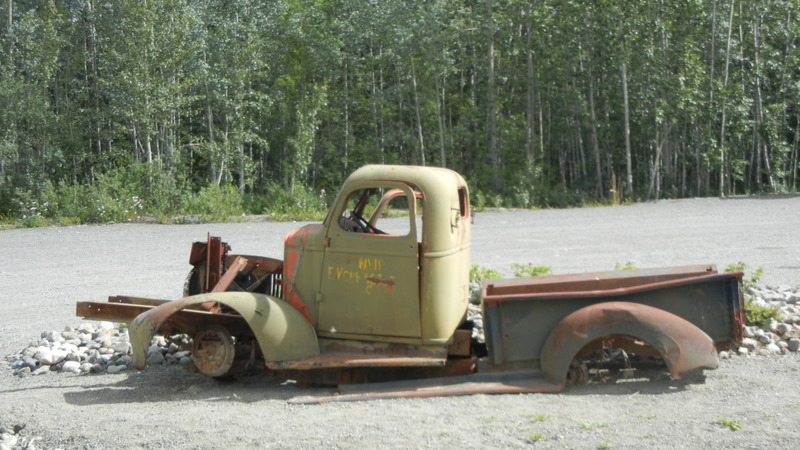 The road is first class; the best road so far since Haines, AK.  There is an available side trip to Atlin, BC that would be spectacular.  The Alaska Highway crosses the Teslin River on Bridge #416. It is one of only 3 permanent steel bridges on the Alaska Highway and was completed in 1944. A side road running 150 miles north to Ross River was built to support the Canol project, a pipeline to bring crude oil from the Northwest Territories to a refinery in Whitehorse. The truck was left along with a lot of other equipment when the project was  abandoned a couple of years later. 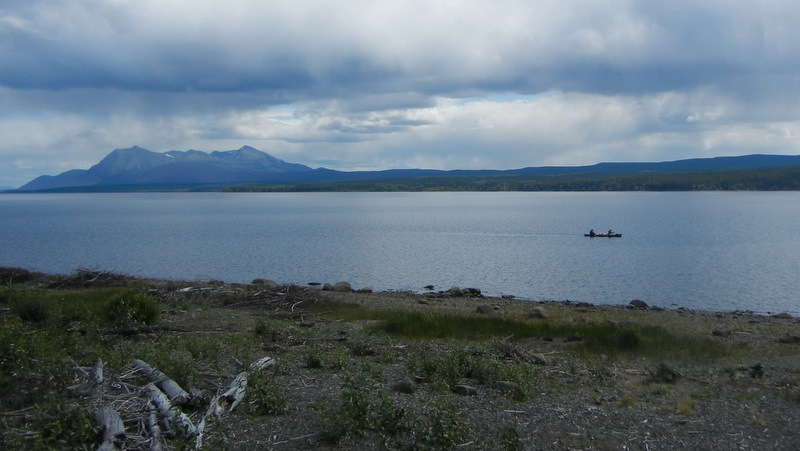 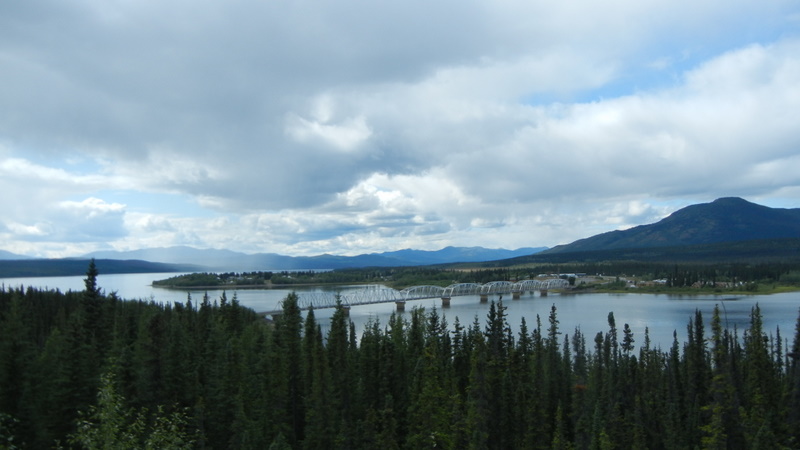 Teslin Lake runs straight for 50 miles north and south. It is a major flyway for birds migrating south from as far as Siberia. The long straight valley of Teslin Lake provides a migration corridor. It is also the longest Chinook salmon migration in the world. The fish swim over 2,000 miles up the Yukon and Teslin Rivers from the Bering Sea to spawn and die.