A new record was set today at the Liard River Lodge diesel pump where diesel was $7.40 per gallon. I hope this record stands for a long time to come. In Fort Nelson diesel was ONLY $5.57/gal.     The left photo shows the only remaining suspension bridge on the Alaska Highway crossing Liard River. It was built in 1943. The drive today was through some very rugged mountain territory with a couple of passes over 4,000 ft. On the animal front we saw a large number of stone sheep and one female moose. The big event was the Fort Nelson Museum with so much stuff stacked to the ceiling it should get an award from the Hoarders TV Show. However, right there in the middle of it all was my first car, a 1955 Studebaker sedan. The only one I have seen since 1963. Seeing that car was easily worth the admission charge. 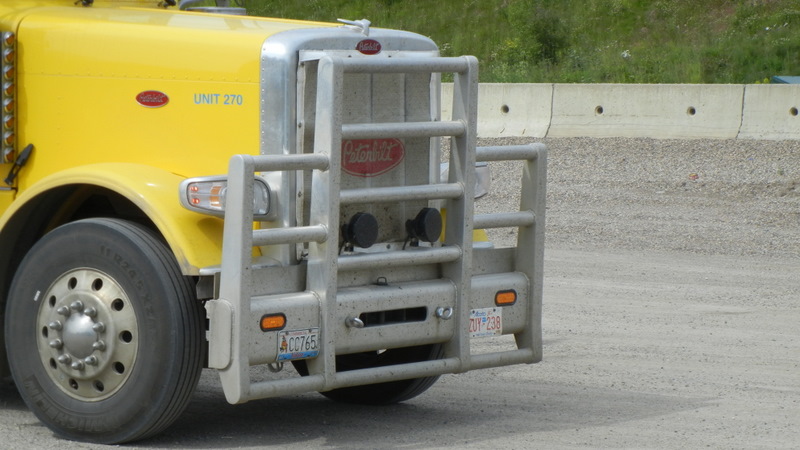 We have noticed quite a number of dead bison on the highway in spite of all the warning signs. Mavis took the photo of the bison catcher (like railroad moose catchers) on the front of a truck.