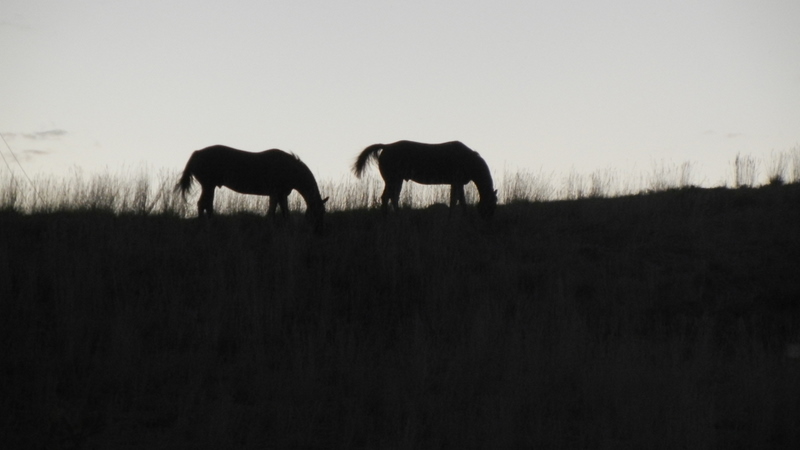 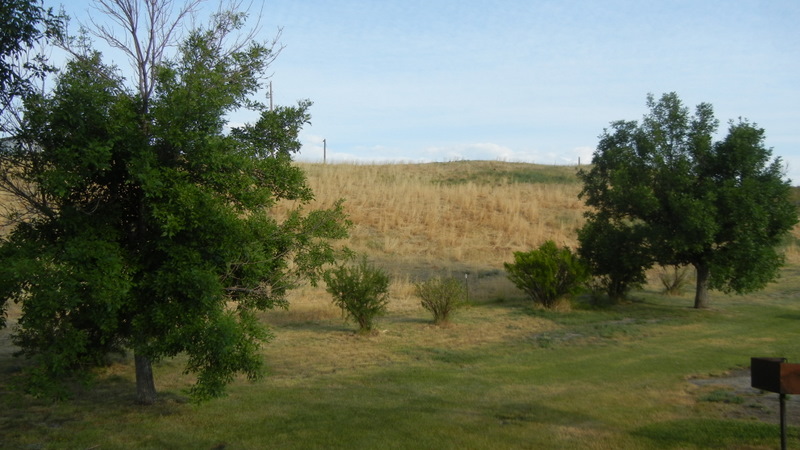 Last night at the Shelby town campsite named, Lake Shel-oole, we looked out the dinette window and there silhouetted against the dimming sky were two horses. It was an almost surreal sight. In the morning I took a photo of the same hill. We really enjoyed the campsite; it was cheap at $18 with very good power, and quiet even on a Saturday night. 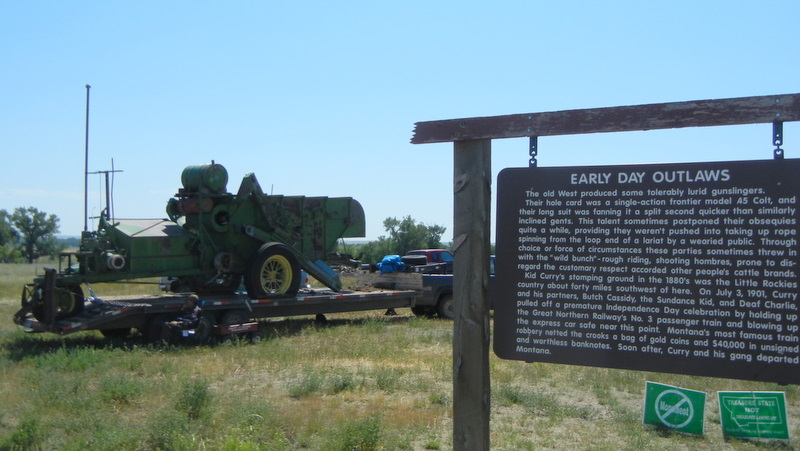 The hot weather has returned. The nights are cool but today it got up to 95 degrees driving east across the prairies, just 30 miles south of Canada. We smashed into thousands of grasshoppers at 60 mph. Only a few survived. Montana historic road signs are not the usual boring facts.  On our family's 1950 trip, my father wrote "The Montana Highways Department has a sense of humour, as we found when reading their markers for historic sites. Beautifully mounted in carved wood, these signs were well worth reading and usually contained a chuckle." We were not disappointed and even got a bonus extra at the sign in the photo. The sign says "The old West produced some tolerably lurid gunslingers. Their hole card was a single-action frontier model 45 Colt, and their long suit was fanning it a slip second quicker than similarly inclined gents". Later it goes on to describe "On July , 1901 Kid Curry and his partners, Butch Cassidy, the Sundance Kid, and Deaf Charlie, pulled off a premature Independence Day celebration by holding up the Great Northern Railway's No. 3 passenger train and blowing up the express car safe near this point. Montana's most famous train robbery netted the crooks a bag of gold coins and $40,000 in unsigned and worthless banknotes. Soon after, Curry and his gang departed Montana." 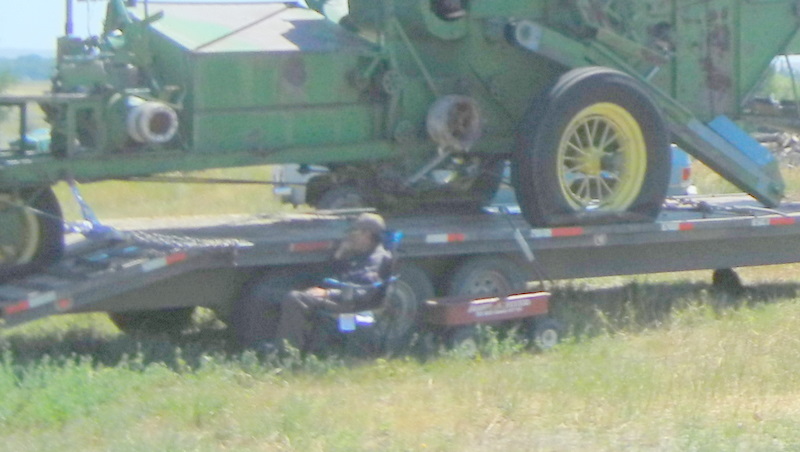 What was the bonus extra? If you look closely at the photo, you can see a man on a folding chair and his dog in the shade beside an old combine. While we were reading the sign, this shaggy looking guy came over to my window and wanted to talk. I asked him what he was waiting for and he said tomorrow! The combine was on its way to the recycle yard in Havre. He was desperate to talk to someone, so we learned it was a 1940's combine with an extra gas tank on top, and the rubber tired wheels had been added by welding a rim around the original metal wheels.  I hated to leave the poor fellow but we needed to move on.   Tomorrow we will visit the Fort Peck dam on the Missouri River and then stay at or near Minot, ND.