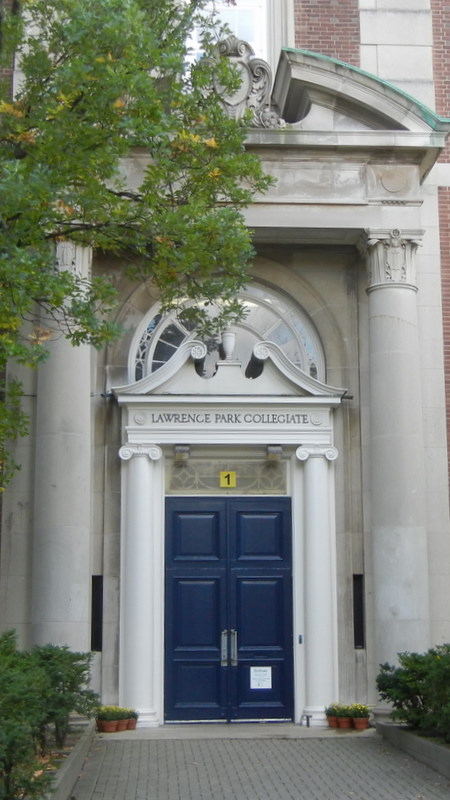 The other reason to visit Toronto this late in the year was the 75th anniversary of my high school not my 75th anniversary.  We drove the View to the school parking lot early at 9:00AM and got a space to park with no problem.  I had breakfast at a coffee shop on Yonge St. and walked around our old neighbor taking photos. The trees were in autumn mode with lots of colors.  At 12:30 there was an opening ceremony in the auditorium that was inaugurated when I was there from 1953-58. Now 53 years later they are trying to raise money for new seats. What impressed me most about the school was how little has changed. The classrooms have only changed with new desks.  They still teach Latin and have great music and art programs.  The lockers on the first and second floor were fairly new but the old style were on the 3rd floor and pretty beaten up. 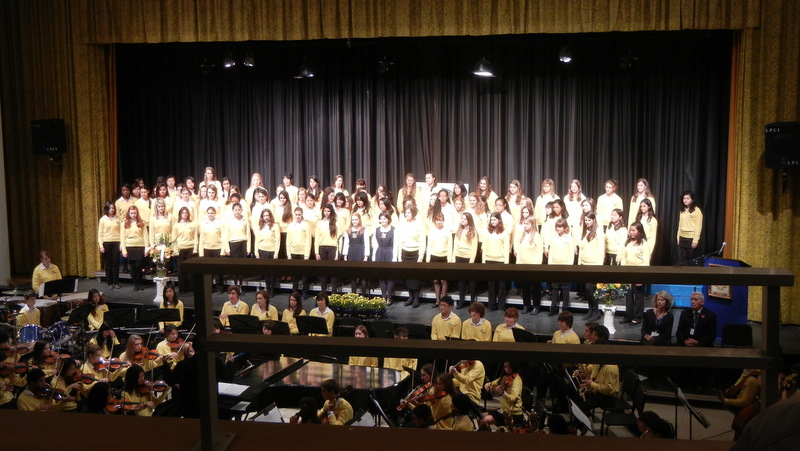 The girls' choir and a full symphony orchestra kicked off the ceremony and were really great singing the Winter Olympic theme song.  I captured it in HD stereo and thought about putting it on YouTube but thinking about all the legal ramifications made me decide against it. Each graduating year had an assigned classroom to meet with other grads from the same year. Our class of 1958 room was jammed and  it was great to see so many people I had not seen for 53 years with only a few exceptions. Many people also went to same K-8 school. Few people looked the same so when a lady would approach and say "Oh, I remember you." I would have to ask her to turn over her tag and hold it up so I could read the fine print.  Finally we learned to get a marker and write our names large and then hang them on our back. That worked so well that a girl friend of mine in 12th grade came up to me at the dinner and introduced herself.  Eleanor looks great and lives in Collingwood along with a lot of other classmates and has an art glass shop. Toronto is just too big and getting around too difficult so the people that can afford to are buying homes in smaller towns 50-75 miles away. 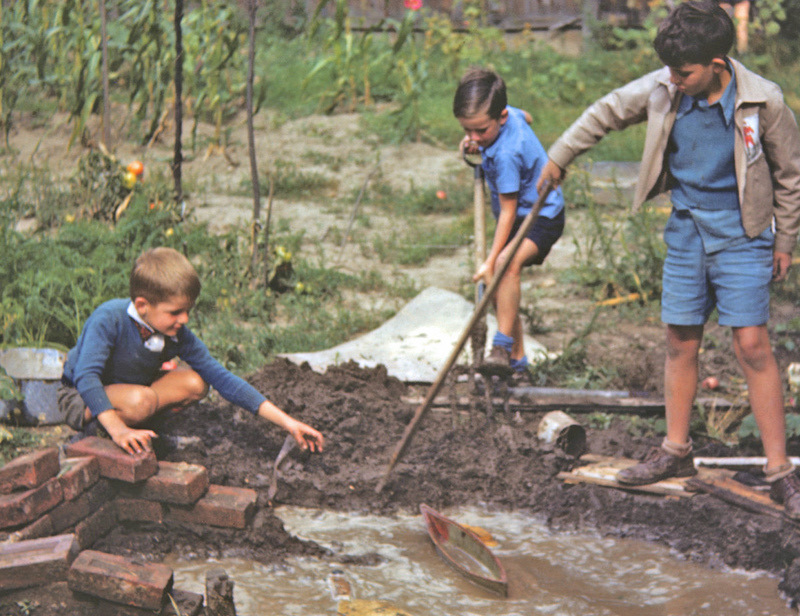 Another friend, Freddy, I knew from 1947 lived two doors west of our house. We relived some of the capers during our school years. Freddy had a starter's pistol and drove his parents 1957 Chev.  I would walk along a neighborhood street and the car would come up, Freddy would fire the pistol out the window, I would fall down, and get stuffed into the trunk, and the car sped away. Mavis pointed out that if we had done that today, someone would have shot real guns at us. One time when Freddy's parents left for a couple of weeks and took the car keys, Freddy hotwired the car.  At the time the government kept increasing the legal age for a driver's license and Freddy kept having to wait another year. He was driving along very carefully and made a left turn at a busy corner he knew well. What he didn't know was the corner had just been posted as a no left turn and there was a cop waiting to catch people.  Freddy couldn't produce his license so he was told that he would have to go the station and the cop would drive the car. When Freddy couldn't produce the key and had to show off his hot wire circuit board with starter button, the cop had him drive the car to the station where it was to be seized.  He then had to sit in a chair for hours waiting for the next shift so he could be escorted home. He got off with a $15 fine for not being able to produce a license.  The ticket would be mailed to the house. Freddy parents were due home so I was enlisted to visit the house each day until the ticket arrived. I found it in the mail and Freddy paid the ticket. His parents, now deceased, never found out.  Those were the good old days.