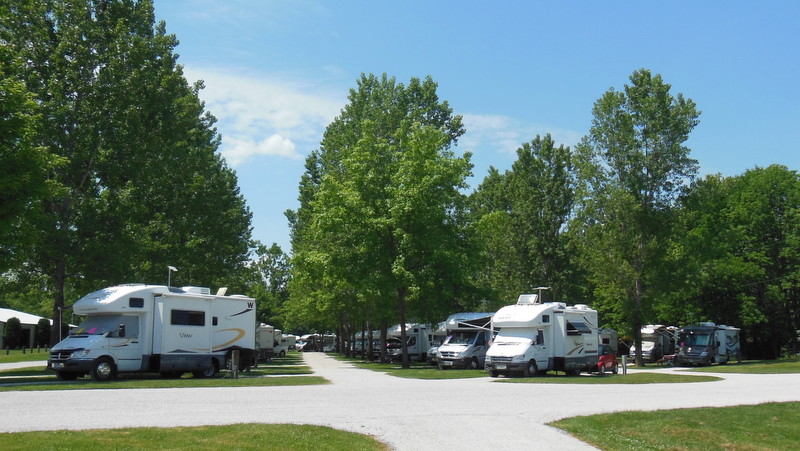 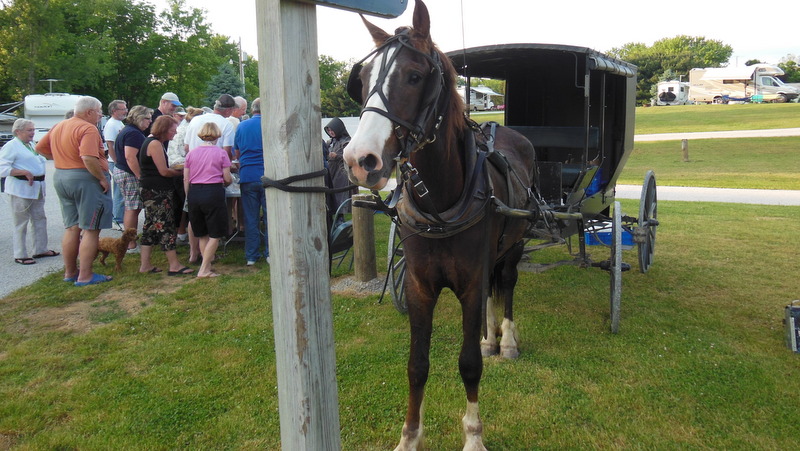 The Rally was a lot of fun and there were 50 motor homes like ours. Navarre is near the center of Amish Ohio. We saw two horse drawn buggies on the way to the campground. The campground was Baylor Beach Park. The beach was a tiny pond. However, the sites and facilities were first class. The whole area had gone all out with a front page story in the local newspaper and a lighted sign at the Football Hall of Fame.  Winnebago sent an design engineer  in a new 2013 model to get feedback. Monday night was pot luck and after dinner an Amish family came in their buggy and sold bread and pies. It was a mob scene but I managed to get a loaf of bread and a rhubarb pie.

Tuesday instead of seeing the sites, Mavis caught a bad cold and I had to fix the galley faucet.  The hot water tap would only produce a trickle of water. So I spend the best part of the day on my back under the sink. There were a number of experts whose advice ranged from buy a new faucet to just clean the crud out of the tap. The latter advice was the best but I went after complete removal and replacement only if I couldn't fix it. Whatever was plugging it up disappeared on its own. 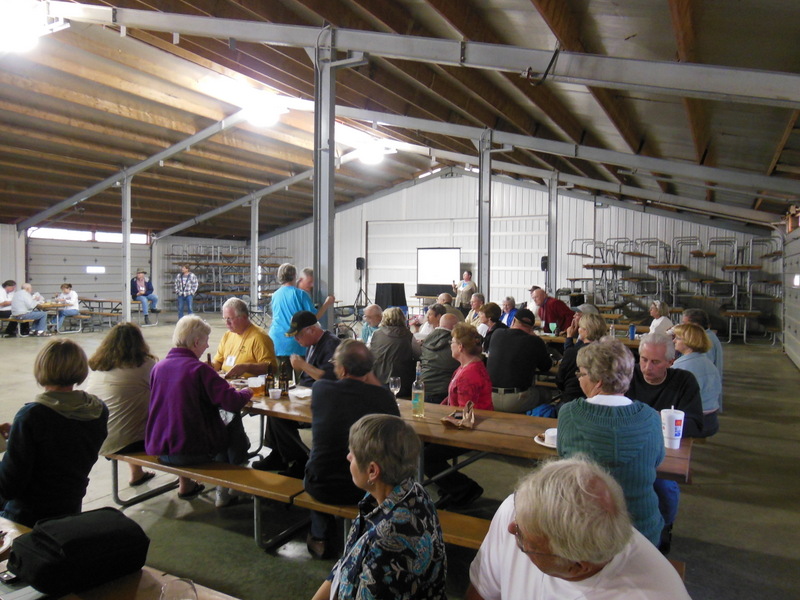 That evening I did my Newfoundland slideshow complete with music over the PA of the Newfoundland National Anthem. The talk was well received by one man who said how much money I had saved him because he was no longer planning to go. He was the exception as many others said they wil continue their plans to do the maritimes and Newfoundland.

Today was a lot of driving to Phelps where the GPS took us to a location on the north side of I-90 while the campground is on the south side. The road was cut off by the interstate. I told the front desk they needed to change their address so GPSs would get it right.  She said it is a common problem.