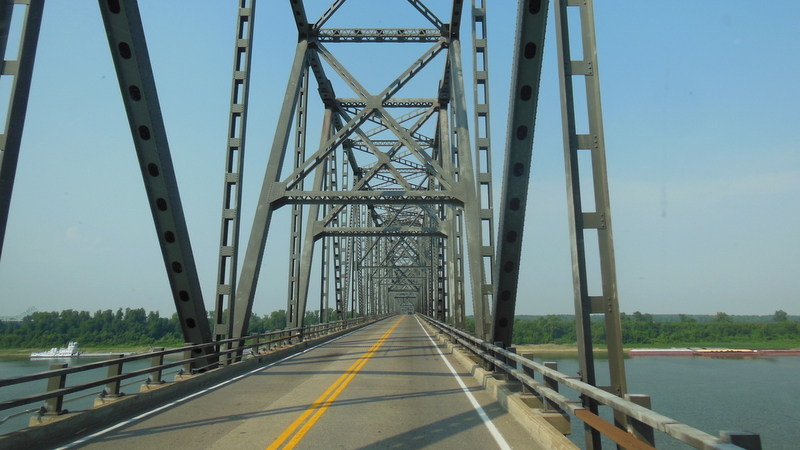 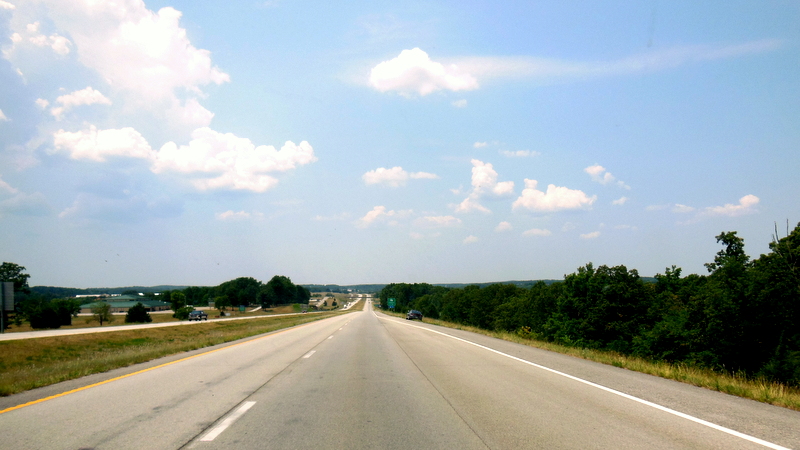 We are off again in the View on a 2,000 mile, 17 day  journey to Branson, MO, Eureka Springs, AR, Bentonville, AR, Independence MO, Forest City, IA and Woodbury, MN.

We traveled most of the way on US 60 which is now a 4 lane divided highway almost all the way to Springfield. Two years ago there were many detours when we came across from Joplin to Wappapelo State Park. It is very hot in the 90's and 100's. Right now at 4:30PM the outside temperature in the shade is 98. The inside temperature with the AC running flat out is 85. So much for the weather. Tomorrow we will visit Branson just to take some photos and be able to say we have been there, and then it's on to Eureka Springs to see the old Victorian town and the Thorncrown Chapel. Nashvillian's don't take too kindly to Branson for stealing some of our country music singers 20 years ago.

Last night we had a bon voyage party on Jennifer and Brandon's boat with 8 in attendance.  Jennifer cooked a fabulous quiche on the boat. Then we played Cranium, a game cleverly designed to make men look stupid and women look good.  Predictably the men lost by a vast margin. During the game we had a call from Tom and Linda who are doing the Great Loop and were spending the night on the Rideau Canal in Ontario. Tom needed some advice. It seems that there are big 200 year anniversary celebrations recognizing how Canada won the war of 1812. American's don't feel quite the same way and are ignoring the celebration since they believe the war ended in a stalemate. So picture Tom & Linda tied up beside a beautiful lock hand built by Irish and French Canadian stone masons and completed in 1832 as way to help defend Canada against the threat of an attack from the US on the St. Lawrence River that would cut off Quebec from most of Ontario. 1000 lives were lost during construction. The other 3 boats at the lock were all Canadian and their crews didn't take too kindly the notion that the war ended in a stalemate. This in spite of the fact that Raydiance was flying both a Canadian flag and an Ontario flag. My advice was to visit Fort Henry and learn more about the conflict.