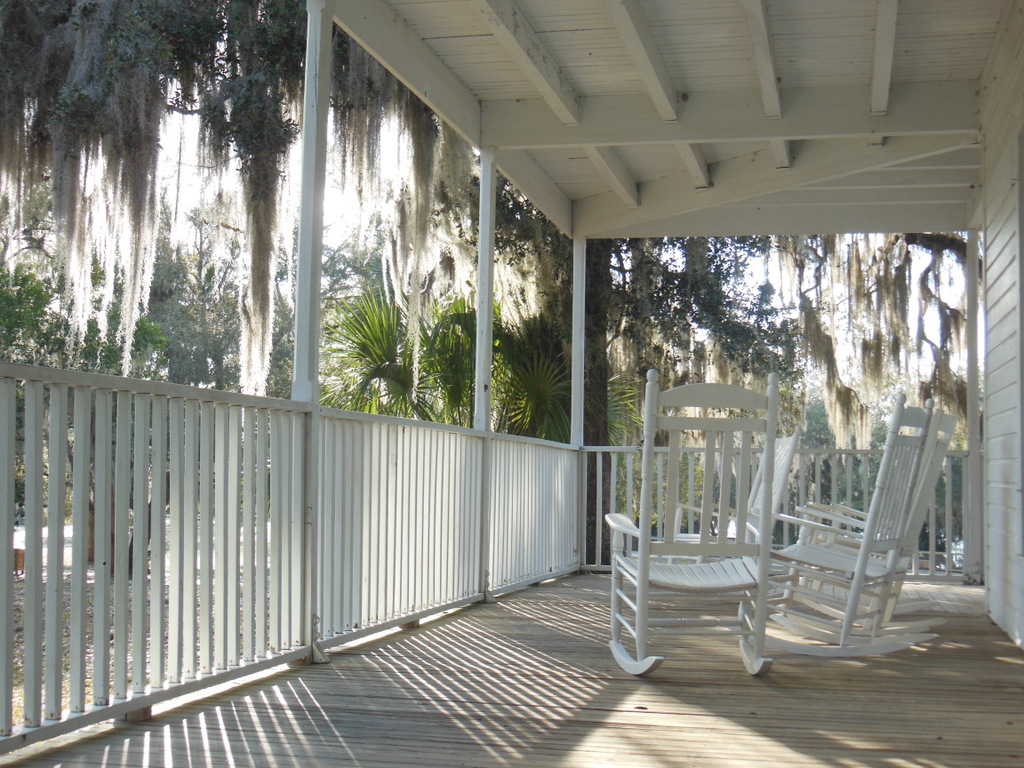 The Veranda at Blue Springs' Thursby House A second reason for this trip was to visit the Welaka Marine Museum. We had heard Jim & Lisa Favors talk about it at some length last fall at the AGLCA Rendezvous and wanted to see it.   I am sorry to report that the owner passed away last year, the museum is closed, and all the property is to be sold at auction on March 6th.  You can see Favor's photos of the museum here.  A Welaka police officer came buy while I was talking photos of the museum and asked if I was a Nazi spy or something. 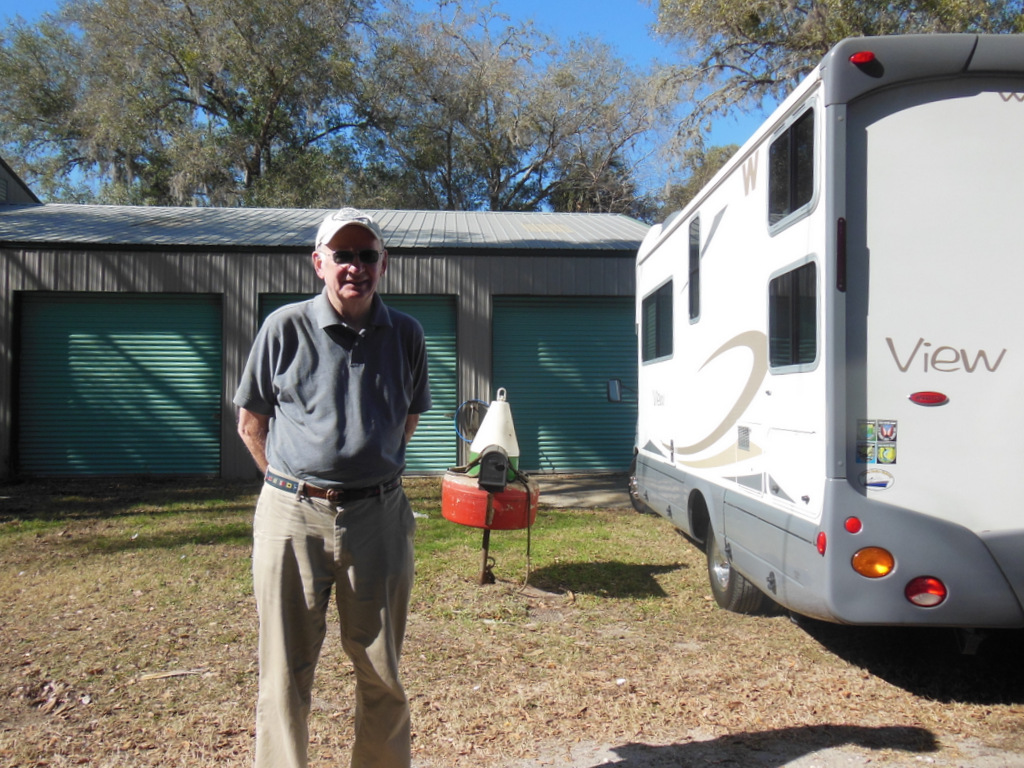 I had decided with the museum closed we would go to lunch at a restaurant on the St John's River we had just passed. "Closed", he said, "You can't have a successful restaurant that is only opened 3 days a week."  We went around the corner to the Shrimp R Us & More and had a pretty good lunch. Then it was south to Blue Spring State Park where the manatees come every winter to stay in the 72 degree water of the spring. The word was they had counted 3 this morning. We didn't see one. We were here in December 2007 and there were 172 manatees. Last year we saw 2 manatees.  There is a cold spell coming this weekend so there will probably be hundreds here.  The picture show the verandah at the Thursby House at Blue Spring Landing that was built on the plantation in 1872. What a great place to relax along with the manatees. I also learned that the house sits on a 4,000 year old  indian midden (garbage dump) that contains human bones eaten by early American cannibals.