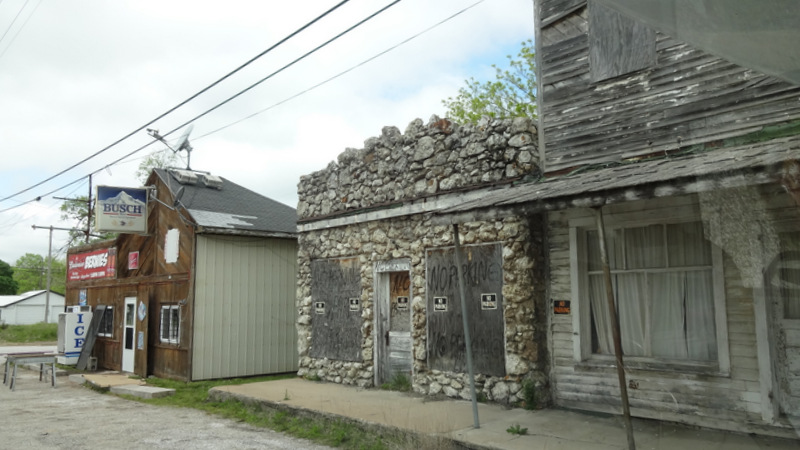 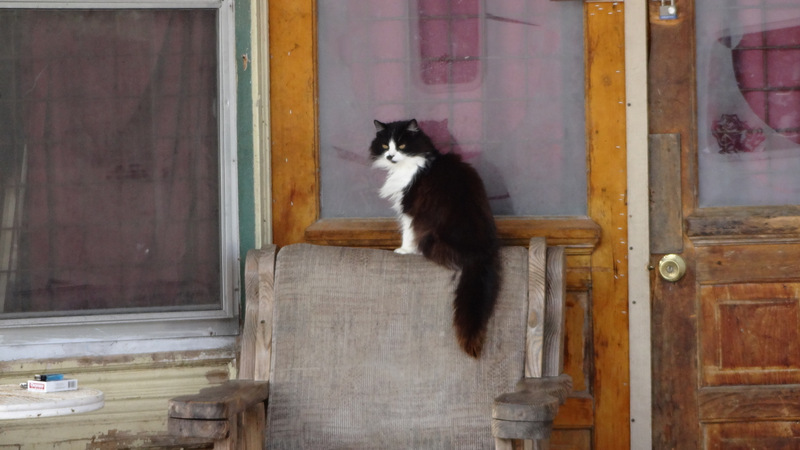 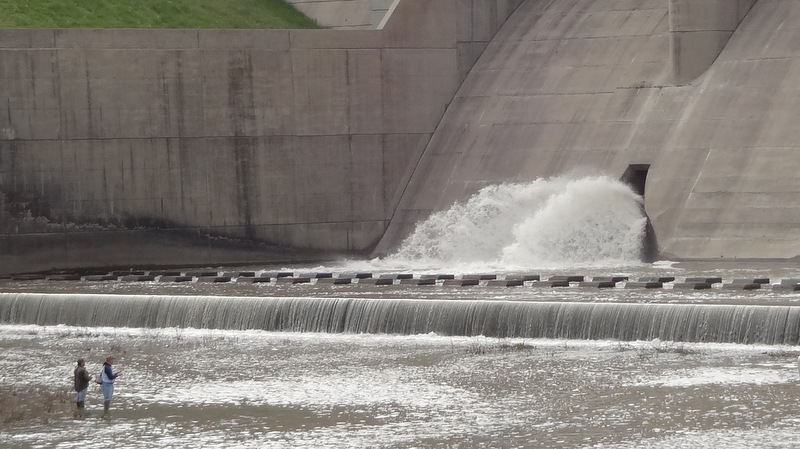 We drove 360 miles today arriving at Fall River State Park at 4:00PM. It took an hour to find the Corps of Engineers Campground that had full service campsites with a view of the dam out our front window. The host told us that this was the first time in 2 years they were letting water spill through the dam.  A most interesting place was our lunch stop at Avilla, MO. The town is clearly declining. While we were trying to take pictures of the cat on the porch it decided to turn away from the camera. A young man came along on his bike and asked what we were doing. I said trying to get the cat to turn his head. Right away I got my picture. He then proceeded to describe the history of the town as it is on Route 66 and his grandmother is the mayor. He went on to tell us that Ford Trucks were built in the factory building, and the building with the cat was once a hotel. He said he had seen an indoor pool in the building one time when it was uninhabited.  Tomorrow we will try for Garden City, KY after we “get the hell out of Dodge City”.