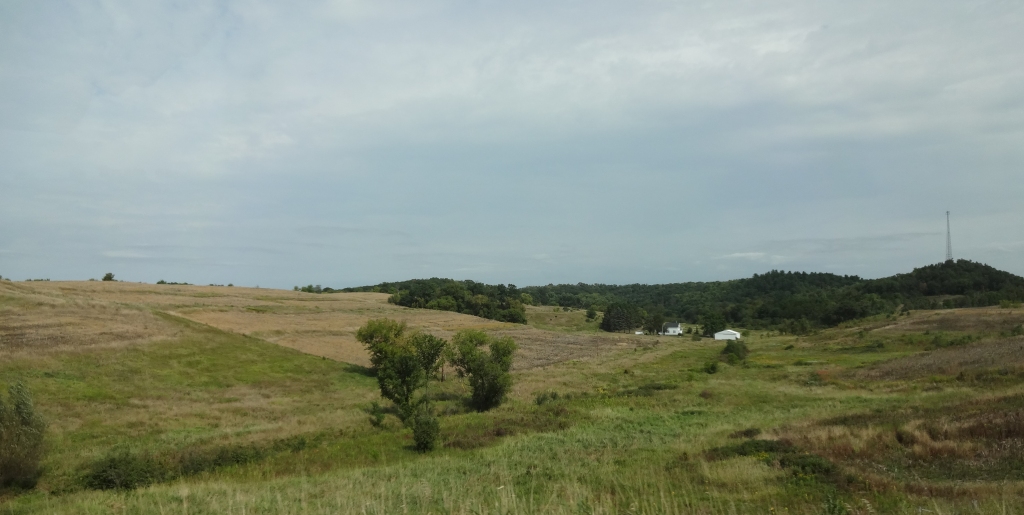 This is a short 13 day trip to attend a View/Navion Rally in Grand Marais, MN and visit our family in Woodbury, MN.  We left Nashville on Friday Sept 6 and drove the car to Kenlake Marina to check on the varnish work being done by Donna & Ron from Brightwork.  They basically follow the Great Loop and varnish boats at the cities and towns along the way. They are doing beautiful work on our boat. We then picked up the View and left the car in the shed. Our first night out was in Effingham, IL. On Saturday while driving through Madison, WI, I was in the middle lane with the cruise control set to 62 mph. A semi passed me on the right with horn blaring. I looked down to see we were only going 54 mph. The dreaded Turbo Resonator (TR) had failed once again at about 80,000 miles. The previous two failures were near Calgary at 14,000 miles and in Jasper at 55,000 miles. The Turbo Resonator is a muffler that reduces the noise from the turbo.  I always carry a spare along with a special wrench that is required to remove the TR. We limped to the KOA Madison and called Coach-Net for help installing the replacement. They called back to say it would have to wait until Monday.  I decided to replace it myself when the engine had cooled down. We propped the front of the View up on blocks and started work about 4:00PM. After 2 hours I managed to get the faulty TR out. Another two hours failed to install the new unit. By then it was dark and we quit work. I tried to start the engine to back off the blocks but while it would start, it immediately stopped. We rolled the View back off the blocks on to the level. There was now no way to move the View.  I pleaded with Coach-Net to find a mechanic to come out on Sunday. Otherwise we would have to give up the trip to Grand Marais which was two days away.  We went to bed very dejected.

Coach-Net called at 9:45 and said they had found a mechanic who could be there in an hour.  Robert Ford showed up at 10:30 very nervous about the job but willing to try. By 11:00 he had the job done. The secret was to put grease on the end of the TR that goes into the output of the turbo. The TR then slid in as far as it was supposed to go so the 2 bolt holes lined up with the support.  Robert was able to crawl under without having to raise the front of the View. The engine started right up, no engine warning lights came on and we drove to Lucius Woods County Park in Solon Springs, WI. It is well off the main road US-53 but right beside a well used railroad track.  We are now just 146 miles from Grand Marais and should arrive before noon on Monday.  I ordered a spare TR from Amazon of a new Chinese made copy which all reports say does not fail.  This one sells for $28 compared to the $72 I paid for the unit just installed.