Supposedly huge storms with high winds and lightning were coming today (Oct 6), so we decided to stay at Goose Pond for a second day and delay our arrival in Chattanooga by one day. As it turned out it was a beautiful day and only rained a little that evening. We used the courtesy car and shopped once again at Wal-Mart. I managed to get 3 hours of work in editing a video for a client so that made the day payoff. The Dock was closed on Sunday so we couldn't get another round of shrimp & grits. 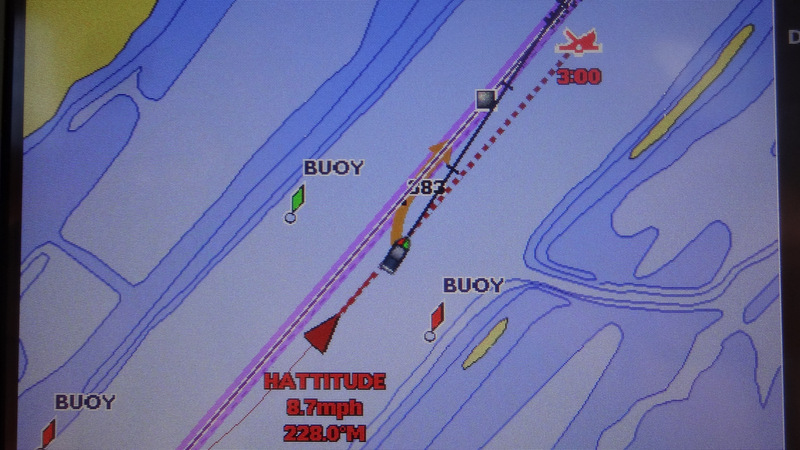 The photo of the Garmin chartplotter screen shows how it determines where a following boat with a transmitting AIS will collide with my boat in exactly 3 minutes. This is not a really useful feature. 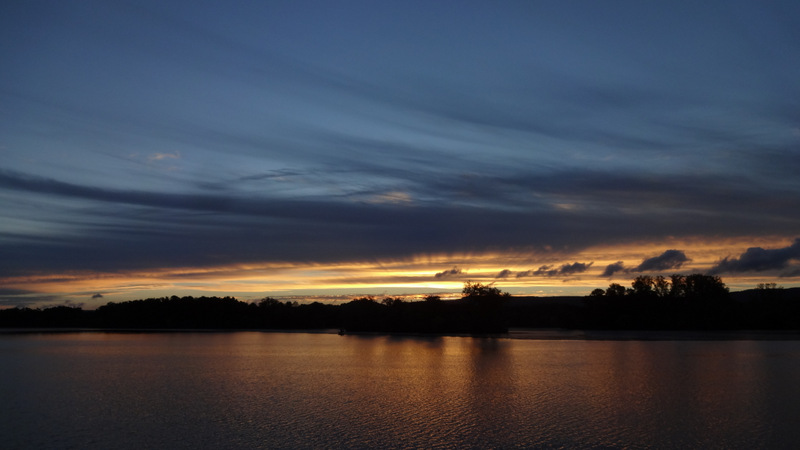 On the 7th we were up early and cruised to Hales Bar Marina near Guild, Tennessee. This marina has changed a lot since our last visit in 2006. A large number of docks have been added without increasing the size of the harbor. There are a lot of twists and turns to get into the harbor and no markings of shallow water. There is a new owner of the Ship Store that I talk to and described our products. His strategy is to sell the products that people ask for; not original but very smart marketing.  He said people were asking for the Tennessee River Chartbook and Fred Myers’ Tennessee CruiseGuide so I got a new customer.

Verizon service is almost non-existent at Hales Bar even though I spotted a mountain top cell phone tower on the way in and got 4 bars in the river. Once in the harbor there were only one or no bars.  I had an online meeting scheduled for 5-6 pm.  Using the computer was out of the question, but by walking up a mountain to a rental cabin I was able to get consistent 1-2 bars and could participate in the discussion.