We only visited three states today compared to four (Tennessee-Kentucky-Illinois-Missouri) yesterday but we did a similar 410 miles from 8:00AM-5:30PM. 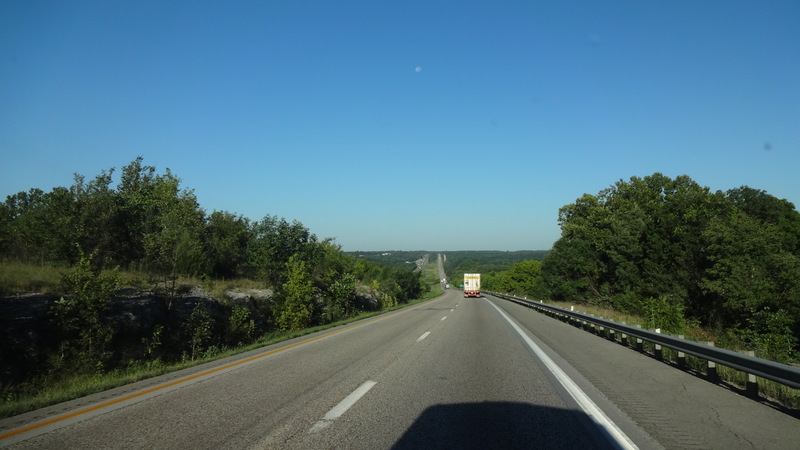 Leaving Lazy Day Campground we saw the valley behind that campground.(Photo 1). We crossed the Missouri River on Hwy 2 which goes to Nebraska City and on to Lincoln. On our 2011 trip to Alaska we had to detour 95 extra miles through Omaha to get across the Missouri because of the flood that spring. (see comparative photos) 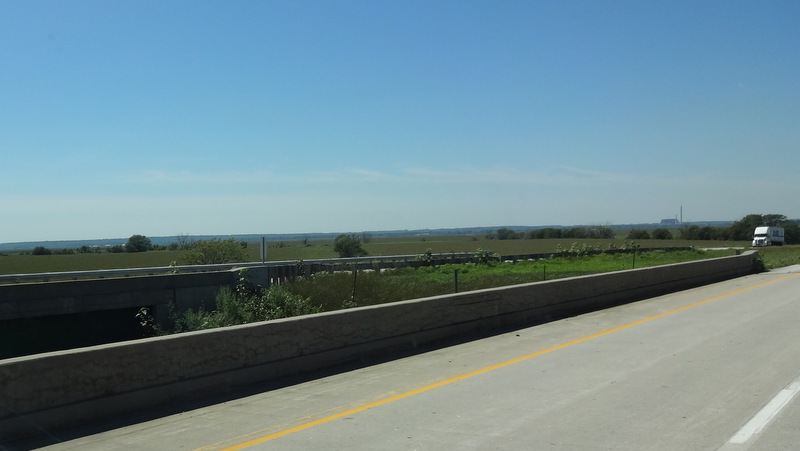 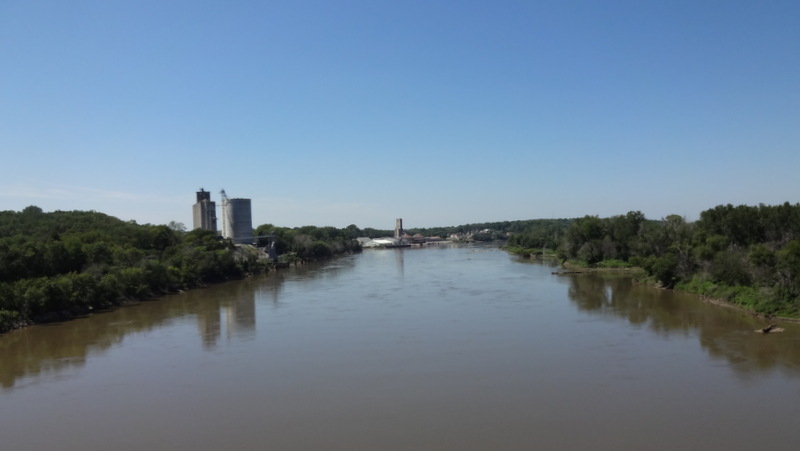 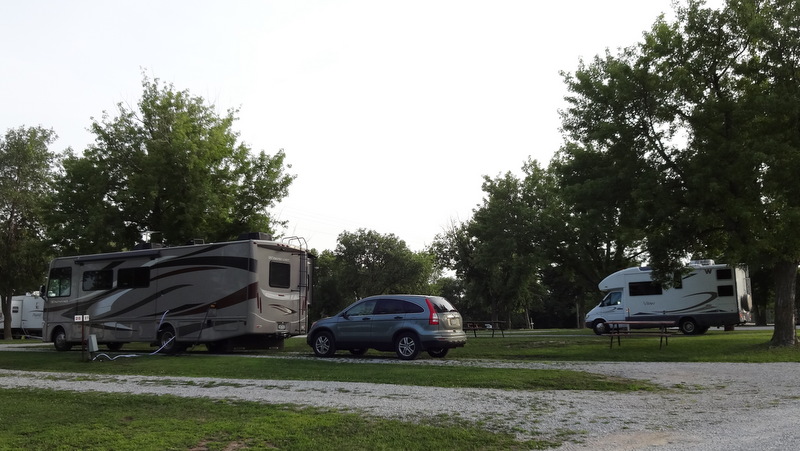 I found the campground at Waco, NE using RVillage and once again made a "sale" with owners Jeff & Amanda Stoy. The bought Double Nickel Campground & Resort two months ago. The campground is open for 8 months in the summer and then they have four months off in the winter to tour in their 25 foot Four Winds class C motorhome with their two children. It is a nice park but needs some work before calling it a resort. You can see our site in the photo. They also have a bar and I enjoyed a gin & tonic while demonstrating RVillage.  We also watched a little of our Great Southwest video and Jeff encouraged me to do one on Nebraska. He said content like our program is very rare.