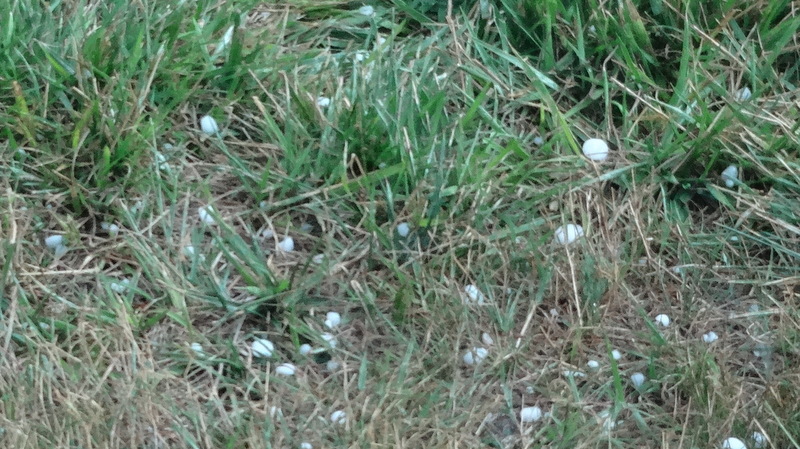 After two 400 mile days, I decided to take it a little easier with a 330 mile day from Waco to Sidney, NE. RVillage found Cabela's Campground. It turns out the world headquarters for Cabela's is right here and so far this is their only campground. We walked over to the very large store and I met with the #2 Store Manager. He said he would like #1 to see my demo and will ask her to come to our site in the campground. Mavis walked back before me, and when I started a thunderstorm began. I persuaded a city bus driver to take me to the campsite.  For the last two hours it has been raining hard and for the first time in the View we had hail. I recorded the sound and will use it when I develop a Touring Nebraska video. We are now in the foothills at 4,300 feet above sea level. There are few trees and no more corn fields.

We stopped this morning at Fort Kearney and toured the fort. It dates back to 1850 and was built to protect the wagon trains travelling west to California, Utah, and Oregon. The trail is the Oregon Trail. All the buildings in the Fort were outside the stockade. The stockade was only used for protection in case of an Indian attack. Note the grass roof on the blacksmith building. The third photo shows classic hay stacks which are hardly ever found any more. Mavis remembered them from her Grandmothers farm. Tomorrow we will head for either Rawlins or Rocksprings, WY