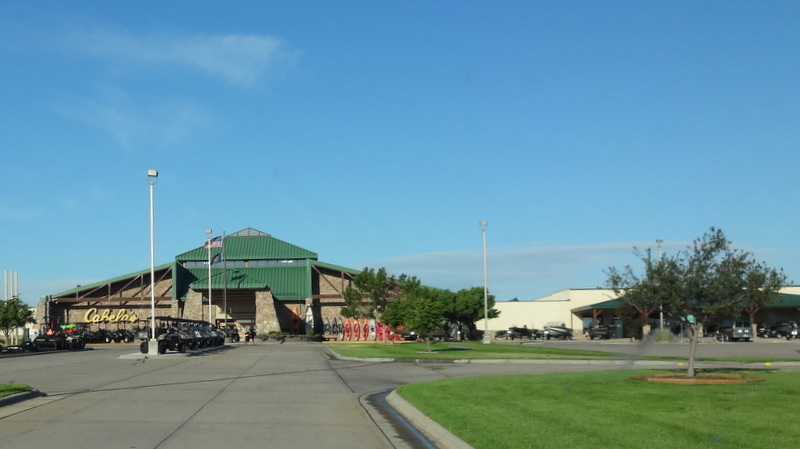 Leaving Sidney we got a good look at the vast property of Cabelas which lies beside I-80. There is the store, the campground, and an office building/distribution center. 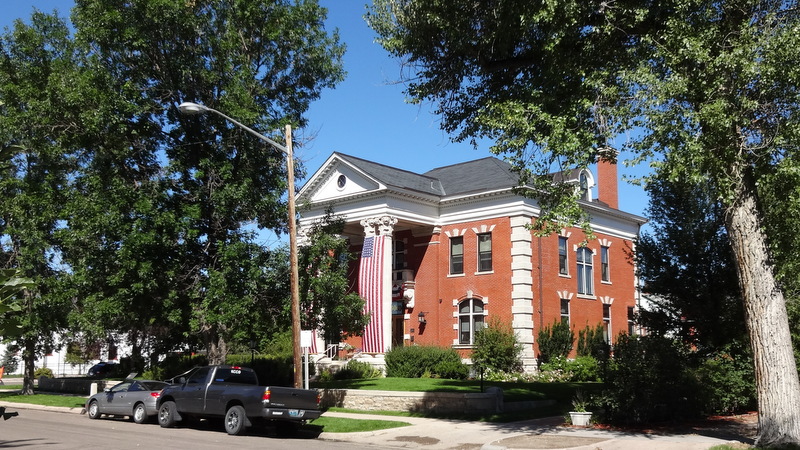 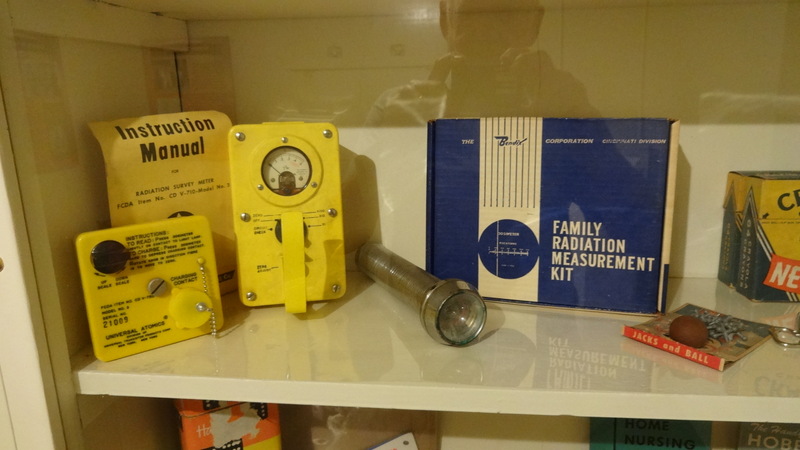 This mansion is in Cheyenne in the downtown area and was occupied from 1904 to 1976 it was occupied by 19 Wyoming first families. You take a self-guided tour a can visit all four floors. The rooms are decorate to match four different eras. The basement bomb shelter (see photo) dates back to the cold war and was equipped with a radiation detector. 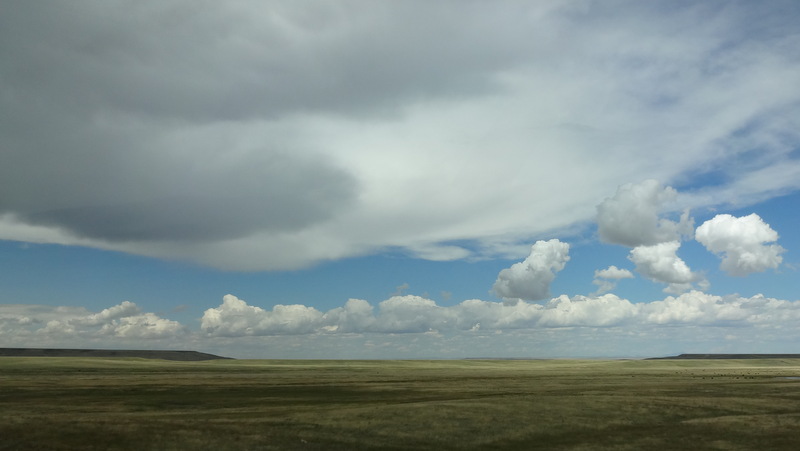 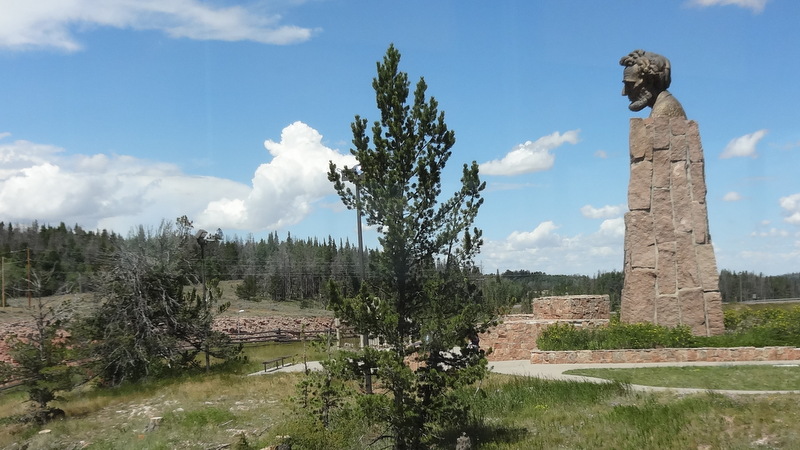 I-80 follows the Lincoln Highway opened in 1938 and was the first continuous road to run from New York to San Francisco.  The statue of Lincoln was made by a University of Wyoming college professor, Robert L. Russin, and commemorates Lincoln's 150th birthday.  The memorial is at the highest point on the Lincoln Highway. Our GPS showed 8,600 ft.  This is blue sky country and the ever changing deep blue sky and clouds and make it so wonderful.

We decided to take it easy and stopped at Rawlings at a KOA beside the Interstate. It's the first time we have stayed at what KOA calls a Journey Park vs. a Resort Park.  It's the kind of place we like, relatively inexpensive with just the basics, power, water, and a dump station.  It's for touring RVers. Tomorrow we will go to Park City, just east of Salt Lake City.