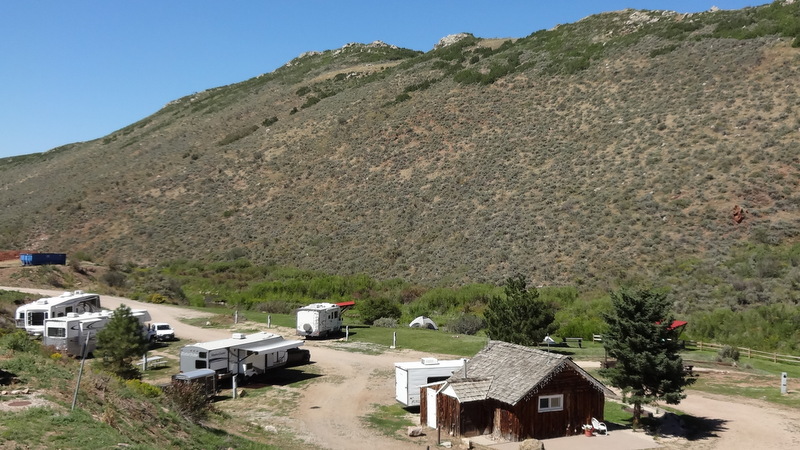 We are in a very nice park in Park City, UT. This is a well-known winter ski resort. Our campsite is down near a stream with a high mountain behind it.  The drive from Rawlins was uneventful. The scenery starts out very flat at close to 7,000 ft. with the speed limit upped to 80 mph. We crossed the continental divide and then things get much more rugged. 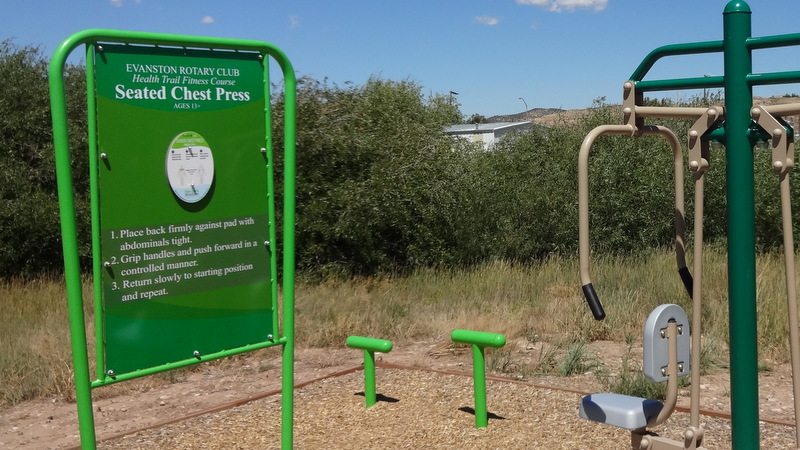 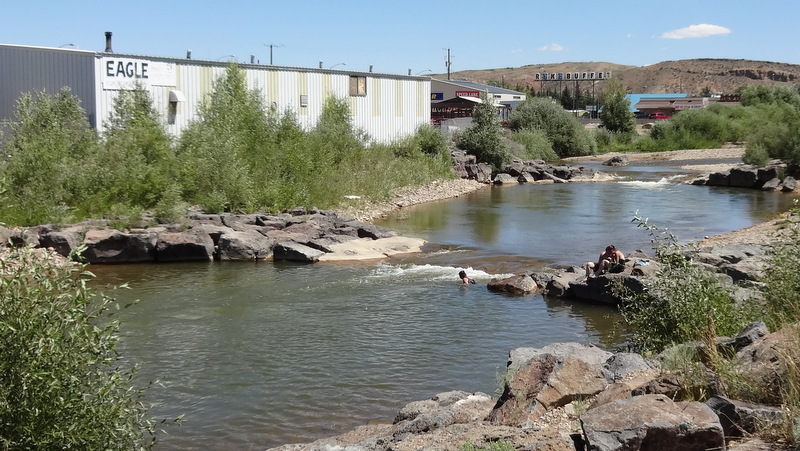 The nicest town on the route today is Evanston. We stopped at the Bear River Greenway and walked along the path. The local Rotary Club installed exercise rigs at various places along the path. The photo shows the Seated Chest Press complete with instructions for it use. Kids were swimming in the river. Not shown is the part of the river that was diverted years ago to the Historic Ice Lake.  This was originally used to make ice in the winter.  Now it is used to rent small boats in the summer.

Tonight we met a couple in the adjacent site from New Zealand. They bought a 35 ft. Winnebago a year ago and have used it for two tours of 6 weeks and 8 weeks in length. They just traded it in for a trailer and GMC SUV which they are having shipped to New Zealand where it will be sold allowing them to recover most of what they spent originally for the motorhome. If they shipped the Winnebago to New Zealand it was going to cost $25,000 to have the console moved to the right side. By using a trailer they won't have that problem.  Next year they will buy a rig and tour Europe.  He was very interested in RVillage and our Touring the Great Southwest program and promised to promote these two tools to his touring friends in New Zealand.