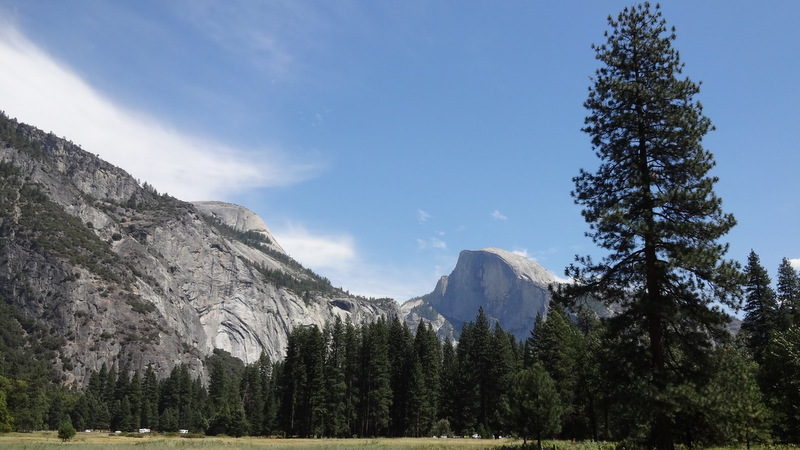 This is a very large park and one of the most popular in the USA. Frankly I was disappointed. It was hard to find the things you wanted to see and there were so many cars, buses, and RVs that parking was crazy.   Then we would start on a nice hike only to encounter signs saying the trail was closed due to volunteers restoring the area. One sign said to walk 1/5 mile along the road, but when we got to that point it said go back to where we started from. The biggest disappointment was the lodge which I thought was the famous place that dated back to the 1800s.  The lodge was relatively new and the restaurant was booked for a convention group. We wound up having a mediocre lunch in the Food Court. On the way out I picked up a brochure and found the lodge we wanted to see was the Ahwahnee. 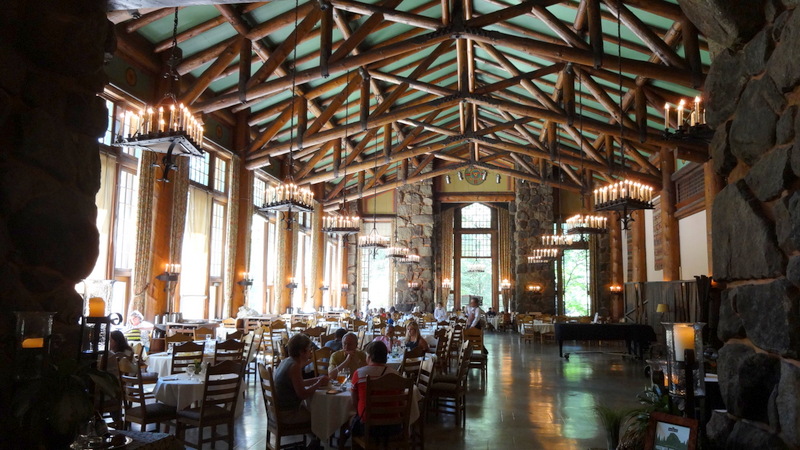 We walked over and it was magnificent with a dining room that was even more impressive than the Grand Canyon lodge we ate as last summer.

We took the free shuttle bus back to a point close to where we had parked. Then we drove 17 twisty mountain road miles to the Hogden Meadow campground we had booked. There were lots of empty sites even though the computer said there was only one. National Parks need to develop a new system for reserving sites that discourages people from reserving a year in advance and never showing up. There is no power at this campsite and no internet service anywhere in the park. 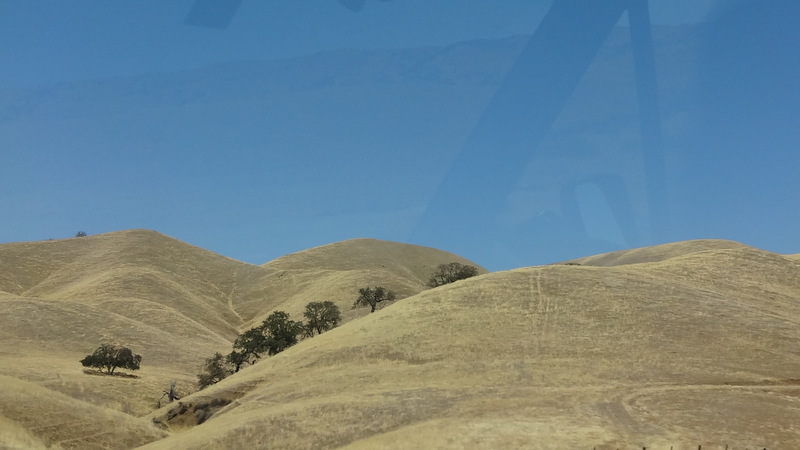 There is solenoid or relay that prevents the engine from using the house batteries but charges the house batteries when the engine is running. I had known this solenoid was faulty but it hadn't caused any problem since we stayed every night in campsites with power.  We took every measure possible to avoid using the house batteries including going to bed early so as to not run any lights.  This morning the batteries were dead. I couldn't start the generator at all. The engine started without any problem, so we left immediately and found a NAPA store in Big Oak Flat that might have a replacement solenoid. We had no luck with that but were able to get two new house batteries installed (the old ones had been used for 4 years). I researched the web for an RV Repair Service and found one on our route in Salinas. We arrived there at 4:00PM and they had the solenoid and a mechanic to install it. We were on our way at 5:00PM. Gleasons Salinas RV Inc. is the place to go for RV service. 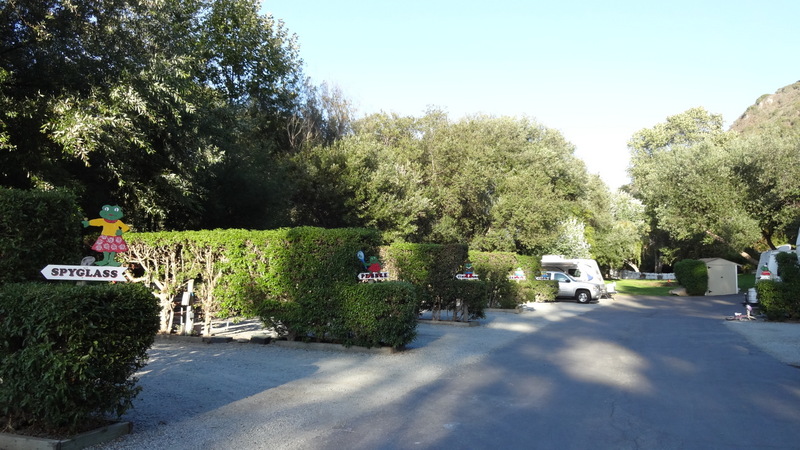 Tonight we are at Carmel by the River RV Park. Its location is part way up a mountain on a one lane residential roadway. It's a beautiful campsite but nowhere within view of any river.  It also holds the record for the most expensive campground this year at $75 per might after the senior discount.  We will be visiting friends in Carmel for the next two nights and with hopefully more reasonable rates. 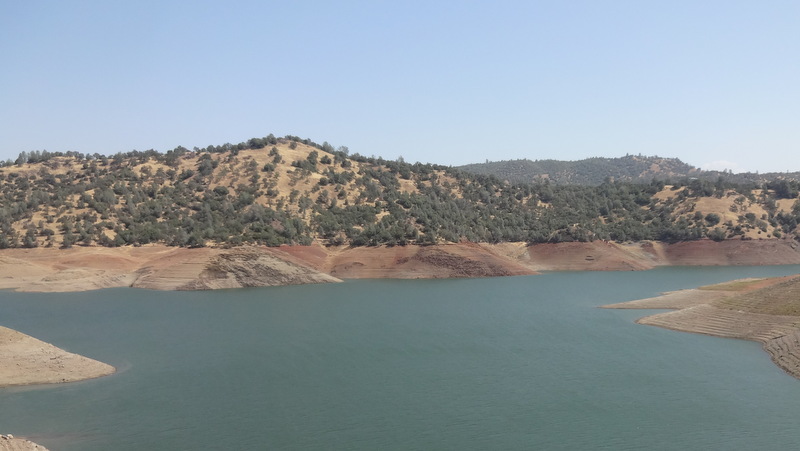 The news media keeps showing photos of nearly dried up reservoirs. There is a real problem here but we have yet to see a dried up reservoir. The water level is down a long way in the reservoirs we have seen (see photo), but the aqueducts are full and the water moving swiftly.