In the morning of the 21st we left the campground and drove north to find diesel. The GPS took us to Monterey where we filled up with diesel and then decided to see the Monterey Aquarium. There we several "wow" exhibits such as the wave machine. The photos show an outside and inside view of a very large wave coming over the window. We also enjoyed the kelp forest. 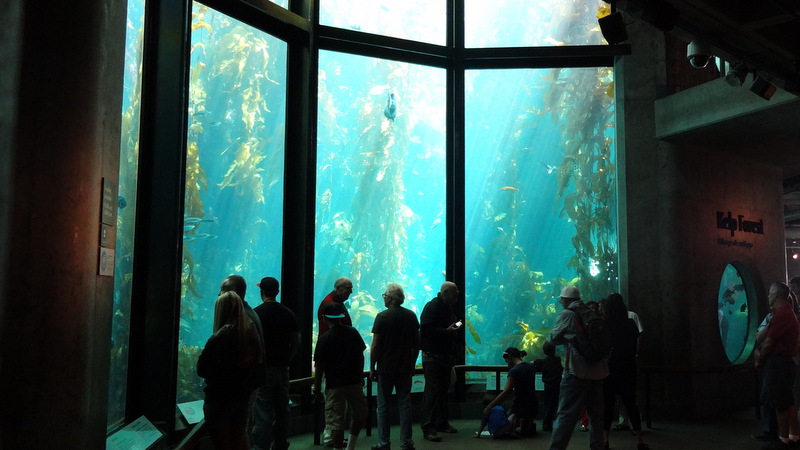 However, the building is kind of disorganized with no flow and it was crowded. The Chattanooga Aquarium continues as our favorite because of superior lighting of exhibits (jellies) and the flow from top floor to bottom floor. There is no need to study a complex floor plan to determine what you want to see. In Chattanooga you see it all but you can skip exhibits you don't want to see. 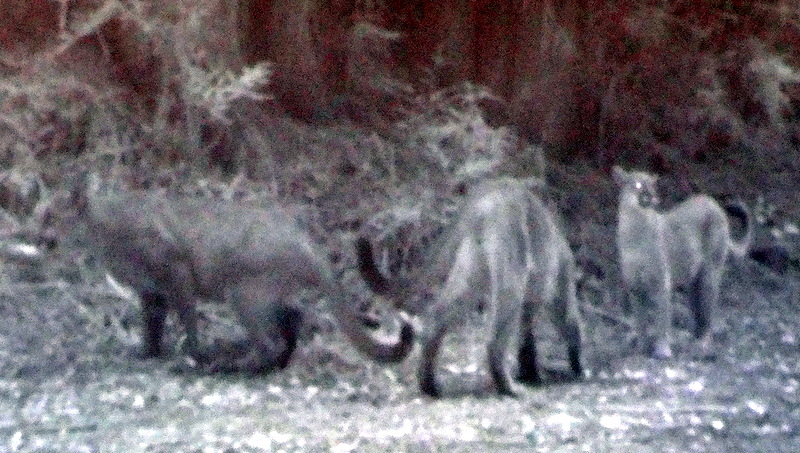 Our Carmel friends (from Nortel days) live in the Santa Lucia Preserve. This is a 20,000 acre property overlooking Carmel by the Sea. Their house is high up with a view of Pebble Beach. We camped by the horse barn (see photo).  That evening we went to the country club where an event was held by the Santa Lucia Conservancy. â€ŽDr. Christy Wyckoff, Senior Wildlife Ecologist, for the Conservancy spoke on her project to learn about the habits of the wildlife in the preserve. A Reconyx camera system is used to trap photos of wildlife by day and night. At night the camera uses infrared so the animals can't see it. In just a couple of months using this camera she captured a bevy of three mountain lions walking along a trail in the preserve.(see photo). Her plan is to get many of these cameras installed by residents in order to capture a lot more data.  We had an excellent dinner at the club after the talk. During the mixer I enjoyed talking with a former Microsoft engineer who was there when the PC was developed so we had lots of stories to tell each other. 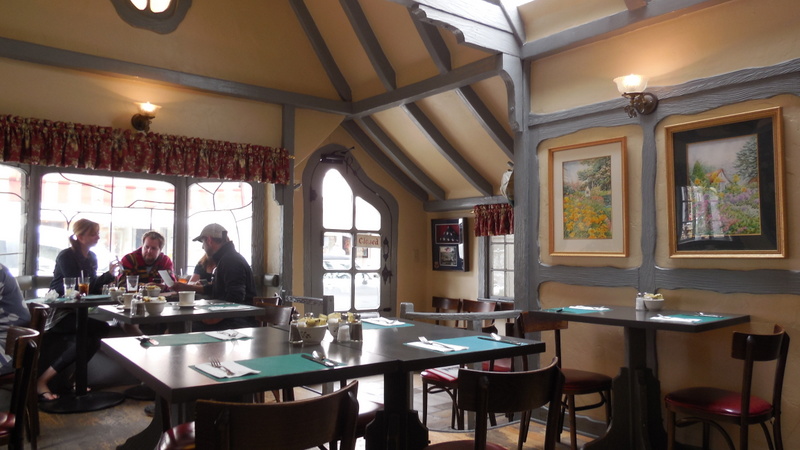 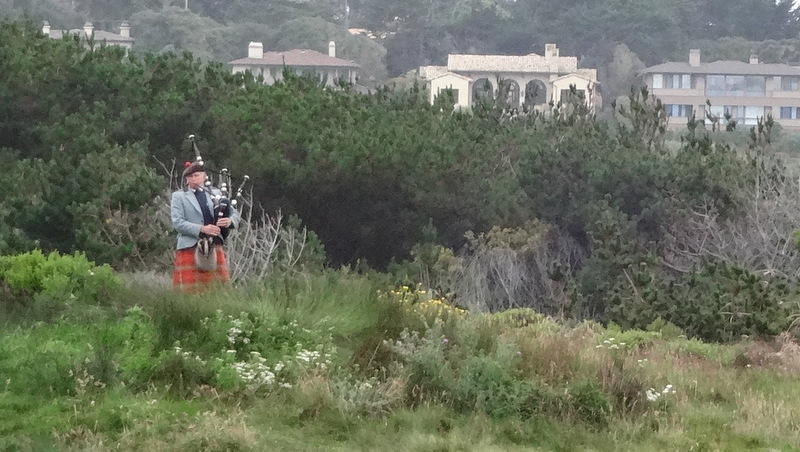 On the 22nd Mavis went shopping in Carmel with Mary and I stayed with George (not real names). George and I were at Nortel at the same time the company was growing in the 80's so we had lots to talk about. Mavis was fascinated with seeing the Comstock Fairy Tale Cottages one of which had a restaurant in it (See photo and note doors). That evening we had a fabulous halibut dinner at the Inn at Spanish Bay in Pebble Beach. Before dinner we sat around a fire pit and were entertained by a bagpiper.

After dinner I showed slides at the house in the media room. The slides worked beautifully with no hassle but the MP4 videos took about an hour to trouble shoot. It seems the Windows Media System used on the media room computer could not cope with the sound track on the MP4 videos.